Azhar, the former head of the independent Corruption Eradication Commission, has denied wrongdoing and described his arrest as a smear campaign in retaliation for his efforts to put high-ranking officials behind bars for corruption.

In separate trials on Thursday, Williardi Wizar, a police colonel, was convicted and sentenced to 12 years in jail for recruiting the hit men, while Sigit Haryo Wibisono, a businessman, received 15 years for financing the operation.

Prosecutors had asked for the death penalty for both.

Prosecutors are seeking a 15-year sentence for another businessman who allegedly introduced the hit men to Wizar.

The five hit men involved in Zulkarnaen’s killing have each received between 17 and 18 years imprisonment.

The five hit men involved in Zulkarnaen’s killing have each been sentenced to between 17 and 18 years in jail.

As head of the anti-graft commission for two years, Azhar oversaw a series of high-profile probes into government officials and institutions, including the father-in-law of one of the sons of Susilo Bambang Yudhoyono, the Indonesian president.

The case against Azhar came amid a high-level plot to undermine the commission, better known as the KPK, in which two of his deputies were arrested on bogus charges of bribery and blackmail.

Anti-graft watchdogs regularly rank Indonesia as one of the most corrupt countries in the world. 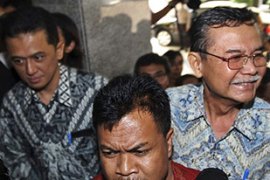 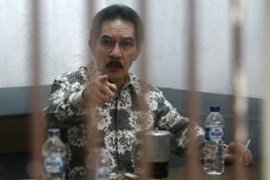 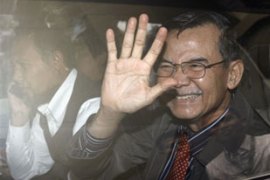 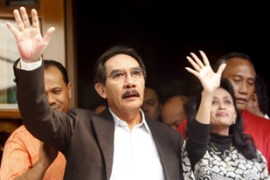