In a separate attack, a bomb attached to a car killed a man and his son in Buhriz, about 60km northeast of Baghdad, police said.

In another development, eight Iraqis have been arrested over the killings of six British military police officers in a remote town in Iraq in 2003, the UK defence ministry said on Friday.

The six officers, members of a unit known as the Red Caps, died in June 2003 in Majjar when apparently angry residents stormed a police station.

The British military said at the time that the deaths stemmed from a misunderstanding between troops and residents over weapons searches.

But a defence ministry spokesman indicated on Friday that there was enough evidence to put on trial the eight suspects currently in custody in Iraq. 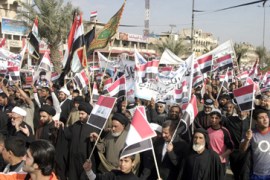 Inside Iraq asks: What happened to national reconciliation? 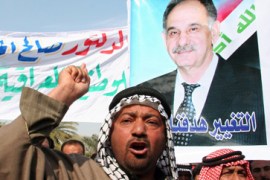 Tensions likely to escalate as Sunni leaders are reportedly barred from March 7 polls. 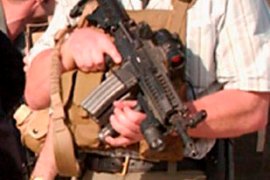 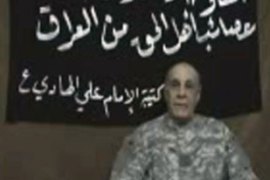 US contractor ‘abducted in Iraq’