Opposition protesters made heavy use of available online tools last June, following the disputed re-electionof Mahmoud Ahmadinejad, the president, to organise and publicise their cause. The latest move by the government is seen by some as a new attempt to stifle dissent.

Google has not been able to confirm it is being blocked in Iran, but said users there did appear to be having trouble accessing their mail service.

“We can confirm a sharp drop in traffic and we have looked at our own networks and found that they are working properly,” Google said in a statement on Wednesday.

“Whenever we encounter blocks in our services we try to resolve them as quickly as possibly because we strongly believe that people everywhere should have the ability to communicate freely online,” the California-based company said. “Sadly, sometimes it is not within our control.”

The US state department, although also unable to confirm the move to block the popular email service, insisted that any efforts on the part of the government to keep information from the Iranian public would fail.

“While information technologies are enabling people around the world to communicate … the Iranian government seems determined to deny its citizens access to information,” PJ Crowley, a state department spokesman, said.

“The Iranian people are dynamic and determined and will find a way to overcome the obstacles the Iranian government puts in their way.”

Google itself has had run-ins with other governments, including an escalating dispute in China, where it has threatened to withdraw over claims of online attacks and issues over censorship. 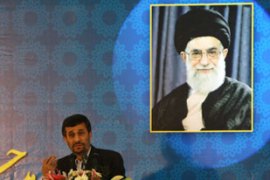 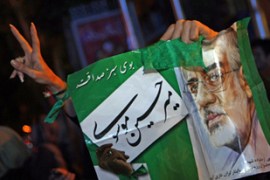 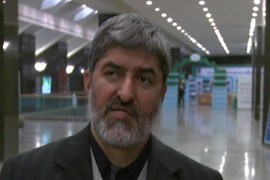 In defence of Iranians’ rights

Ali Motahari says everyone should be allowed to mark Islamic revolution’s anniversary.