An estimated 150,000 people in Nepal are blind because of cataracts, but at the same time, Nepal has one of the highest rates of curable blindness anywhere in the world.

One doctor in particular has been making remarkable progress in treating cataracts – and setting the example for many other developing countries, where 90 per cent of the world’s blind reside.

Sanduk Ruit, the Nepalese surgeon some call the “God of Sight”, has removed 100,000 cataracts over his 30-year career.

As the surgeon’s mobile eye camp received patients at a monastery in Dharding, hundreds of people, most of whom had never seen a doctor before, had travelled for days by bicycle, motorbike, bus and even on their relatives’ backs to get an appointment.

Gyani Maya Lama was one of Ruit’s patients. For over a year, cataracts had clouded out all sight from the 60-year-old grandmother’s world.

“I’ve cried for months and I’ve had to depend on my grandchildren even to walk,” Lama told Al Jazeera as she waited outside the operating room for her turn to meet Nepal’s God of Sight.

“I’ve told them to push me off the cliff but they refuse to.”

After a successful operation, Lama was able to see again. “It is like looking at God,” she said as Ruit removed the bandages from her eyes.

“I am proud of my patients, I am in their hearts and they are in mine,” Ruit said.

Nepal has one of the world’s highest rates of occurrence of cataract. The reasons for the high incidence are unclear, but may include genetics, intense sunlight exposure, malnutrition, or other factors.

Many of these cases may be easily preventable or treatable. Nearly half could be helped by cataract surgery. 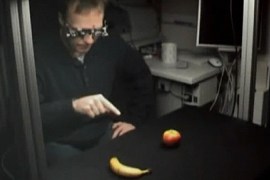 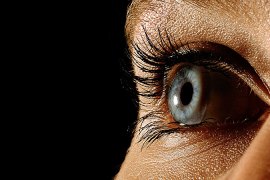