More than 11,000 people have been evacuated from their homes in northwestern Albania due to floods that have hit the country in the past week.

Authorities said on Sunday that about 7,500 houses had been damaged and 2,600 others completely flooded.

“The situation is critical and there are still regions in the northern part of [Albania] that are isolated” due to floods, Leonard Olli, a civil services spokesman, said.

Evacuees were being taken to private hotels and public facilities as weather worsened.

A state of emergency remains in place in the city of Shkodra, which has been isolated from the rest of the country by days of heavy rain, while several parts of the town where the water level is higher than two metres have no electricity.

At least 1,400 police and soldiers have been deployed in the northern region to help with the evacuation of residents and to secure food for them.

Albanian authorities on Saturday called for Nato’s help to be able to cope with the situation.

“Turkey already sent overnight to Albania three helicopters with a medical team and humanitarian aid while two other helicopters arrived on Sunday from Greece,” Olli said.

Edmond Haxhinasto, the Albanian foreign minister, called a meeting with EU and Nato ambassadors to Albania to ask for help.

“Material damages are very big,” Haxhinasto said in a statement.

In neighbouring Montenegro, the situation was still serious on Sunday in the region of Lake Skadar, on the border with Albania and around the capital Podgorica. 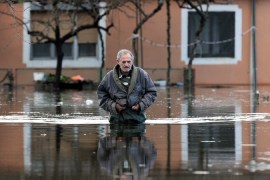 Floods cause havoc in Balkans 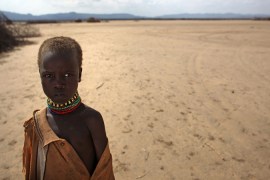