Egyptian officials are struggling to understand what is behind an exceptionally high number of shark attacks off the coast of the resort of Sharm el-Shekih.

A German tourist was killed by sharks in the Red Sea, just days after a string of attacks injured four divers – three Russians and a Ukrainian.

The government has invited international experts to help locate the killer shark but officials were at loss as to what could have caused its behaviour.

A group of Egyptian divers and scientists were to travel to Sharm el-Sheikh on Monday to investigate the sudden increase in shark activity in the region. They will be joined by a group of US scientists.

There has been speculation that dive operators feeding the sharks may have provoked more aggressive behaviour. A ship reportedly dumped dead sheep into the water in recent days which could have led to a feeding frenzy.

“Obviously there’s been a trigger of some form here, that’s causing these sharks to act in this way,” he said.

“The Oceanic White, which is thought to be the main culprit, is a species that has quite high testosterone levels, and does react when in close proximity to people and to conditions that alter its behaviour.”

Sharks are opportunistic feeders, he said, and the Oceanic White is known to shadow ships.

“If those carcasses are thrown overboard – which often happens as these ships aren’t allowed to dock with dead animals on board, so they’ll get rid of them – the sharks will follow them.”

But Ahmed el-Edkawy, the associate secretary general of the South Sinai Ggvernorate, cautioned against speculation over what was behind the change in behaviour until research had been conducted.

“We don’t know yet what [is behind the] changes of shark attitude in this area,” he told Al Jazeera.

The patrol, consisting of 137 divers, “is not to prevent the shark attacks. It’s researching what’s under water and what’s taking place in these areas,” el-Edkawy said.

Some, but not all, of the beaches in Sharm el-Shekih are closed, he said, while the nearby Ras Mohammed National Marine Park is also open.

Local diving experts said shark attacks are extremely rare in the area and were mystified by as to why so many people were attacked in such quick succession.

“We’ve seen more attacks in a few days than in the previous 15 years,” Florian Herzberg, a dive operations manager at the Reef 2000 centre in Dahab, north of Sharm el-Sheikh.

“It could be a shark with behavioural problems that was deliberately fed different things and now associates humans with food.”

International media coverage of the attacks has raised concerns they may affect tourism, an important source of employment and foreign exchange.

“It is unusual to have four attacks in a week,” Rolf Schmid, the manager of the Sinai Diver’s Centre, said.

“The attack happened in a shallow area called Middle Garden north of Naama Bay, and the whole area hasn’t had sharks for the past 10 to 15 years.”

The environment ministry said on Thursday that it had caught and killed the two sharks behind the first attacks, but there were doubts over whether the sharks had been correctly identified.

The Hurghada Environmental Protection and Conservation Association (HEPCA) said that photographs of the dead sharks and pictures taken shortly before one of the attacks did not appear to show the same fish.

The conservation group warned against “randomly catching and killing” sharks in the area.

“We are talking about an area that has major natural resources … and you cannot start eliminating sharks and taking them out of the water because an incident or two happened,” Arm Ali, the director of HEPCA, told Al Jazeera.

“This … happens every one or two years. We have frenzied sharks in the water because of illegal fishing, because of zero enforcement on long-line fishing, but we cannot start emptying our national parks of sharks until we find the suspected one.”

Sharm el-Sheikh is one of Egypt’s main beach resorts, attracting hundreds of thousands of foreign holidaymakers every year. 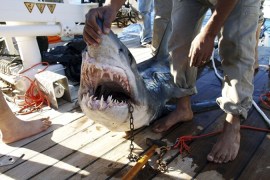 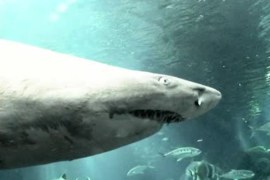 Little is being done to preserve the once thriving marine life of one of the world’s busiest waterways. 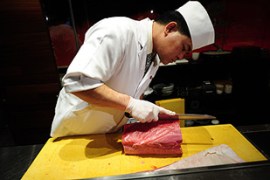 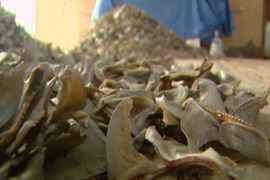