Israel has expressed disappointment at Brazil’s decision to recognise a Palestinian state within the 1967 borders, saying it flew in the face of efforts to negotiate a peace deal.

In a public letter addressed to Mahmoud Abbas, the Palestinian president, on Friday, Luiz Inacio Lula da Silva, the Brazilian president, recognised Palestine as an independent state within the 1967 borders.

The decision came in response to a personal request made by Abbas on November 24, according to the letter published on the foreign ministry’s website on Friday.

“Considering that the demand presented by his excellency [Abbas] is just and consistent with the principles upheld by Brazil with regard to the Palestinian issue, Brazil, through this letter, recognises a Palestinian state on the 1967 borders,” it said.

The letter refers to the “legitimate aspiration of the Palestinian people for a secure, united, democratic and economically viable state coexisting peacefully with Israel.”

A statement from the Israeli foreign ministry said: “The government of Israel expresses sadness and disappointment over the decision by the Brazilian president Luiz Inacio Lula da Silva a month before he steps down.

“Recognition of a Palestinian state is a breach of the interim agreement which was signed between Israel and the Palestinian Authority in 1995 which said that the issue of the status of the West Bank and Gaza Strip would be discussed and resolved through negotiations,” it said.

Such a move also contravened the 2003 Middle East roadmap for peace, which said a Palestinian state could only be established through negotiations and not through unilateral actions, the statement said, warning that unilateral steps would harm attempts to build trust.

“Every attempt to bypass this process and to decide in advance in a unilateral manner about important issues which are disputed, only harms trust between the sides, and hurts their commitment to the agreed framework of negotiating towards peace,” the Israeli statement said.

The international community backs Palestinian demands for a state in most of the Gaza Strip, the West Bank and East Jerusalem, all territories occupied by Israel in the 1967 six day war.

But the United States and most Western governments have held back from recognising a Palestinian state, saying it should be brought about through a negotiated peace agreement with Israel.

In a parallel statement, the Brazilian government assured relations with Israel “have never been more robust.”

Brazil has offered to help mediate Israeli-Palestinian peace talks, which were briefly revived in September before grounding to a halt over the resumption of Israeli settlement building in the occupied territories.

Abbas says he will not return to negotiations while Israel continues to build on land the Palestinians want for a future state. But Israel has so far refused to impose a new ban.

Over the last few weeks, Abbas has repeatedly said he would explore other options if peace talks with the Israelis collapse, one of which would see him seeking United Nations’ recognition of a Palestinian state based on the 1967 borders.

On Thursday, a Palestinian official said Washington had officially informed them that attempts to secure a new Israeli settlement freeze had failed, but US officials refused to confirm or deny the report.

Abbas visited Brazil in 2005 and 2009, and Lula made the first-ever trip by a Brazilian head of state to Palestine and Israel in March this year. 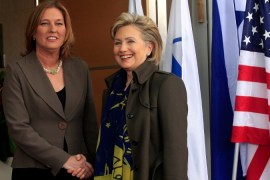 Tzipi Livni had little confidence in the Palestinian president, and Egypt promised to “apply pressure” to weaken Hamas. 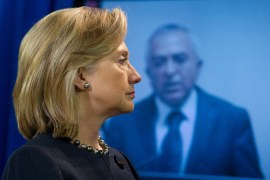 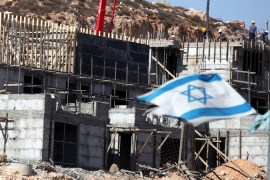 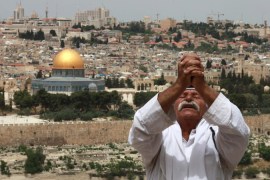 Leader wants Israel’s recognition as a Jewish state in exchange for extension of partial freeze on settlement growth.