Enthusiastic Australians camped out at parks alongside the Sydney Harbour Bridge to win the best view of Friday’s spectacular New Year’s Eve fireworks kicking off celebrations around the world.

As the clock ticked closer to 2011 across Asia, Vietnam’s capital was preparing its first-ever official New Year’s Eve countdown and Taiwan planned a massive pyrotechnic display in the shape of a dragon.

Europeans were looking forward to a celebration that could help them forget their economic worries.

In New York City, nearly a million revelers were expected to cram into the streets of Times Square to watch the traditional midnight ball drop.

Crews have removed the results of the 20-inch snowstorm and warm temperatures are helping to melt what is left.

At least 1.5m people are expected to line the harbor in Sydney, the first major city where the new year arrives. Celebrations kick off with aerial displays by vintage aircraft and a parade of boats around the harbor.

Elsewhere in Australia, fireworks could be cancelled in Melbourne – due to gathering thunderstorms – and Adelaide, where extreme heat and wind had officials concerned that sparks could ignite fires.

In Christchurch, New Zealand, two earthquakes on Friday did not shake plans for all-night celebrations.

In New Zealand’s main city of Auckland and the capital, Wellington, fireworks will herald 2011 as revellers, dance and sing through the midnight hour despite public bans on alcohol consumption.

Major music festivals have attracted sellout crowds to some regional centers, with celebrations expected to last till a new summer dawn – about five hours after midnight.

This year marks the first time Vietnam’s capital, Hanoi, officially celebrates the new year with a countdown blowout, complete with a light show and foreign DJs in front of the city’s elegant French colonial-style opera house.

Vietnamese in the past paid little attention to the changing of the calendar, instead holding massive celebrations during Tet, the lunar new year that begins on February 3.

But in recent years, the Western influence has started seeping into Vietnamese culture with teens, who have no memory of war or poverty, eager to find a new reason to party in the Communist country where McDonald’s doesn’t exist and big-act Western stadium concerts are unheard of.

In South Korea, up to 100,000 people are expected to come out for a bell-ringing ceremony in central Seoul, with officials and 11 ordinary citizens striking the large bronze bell hung in the Bosingak bell pavilion 33 times at midnight (1500 GMT), according to the Seoul Metropolitan Government.

Some South Koreans also go to the mountains or beaches on early on Saturday to watch the first sunrise of the new year.

At midnight in Taipei, Taiwan, fireworks will form a spiraling dragon climbing up the city’s tallest skyscraper. Some 50 dancers will beat drums in the freezing cold river in a dance to underscore how people should live with nature in harmony.

In Europe, many people will be partying simply to forget their economic woes after a year that saw Greece and Ireland needing financial bailouts and others, such as Spain and Portugal, battling speculation that they will need similar aid.

If not at home or at private parties, Spaniards traditionally gather in their main town squares to eat 12 grapes one by one as the bell in the square marks the countdown to 2011.

In the Irish capital of Dublin, people will flock to the Christchurch cathedral to listen as the bells chime in the new year.

In London, thousands will witness a musical and firework display at the 135-metre high London Eye, located on the southern banks of the Thames River.

The Eye, which is celebrating its 10th anniversary, lies almost opposite the Big Ben clock tower at Parliament that will chime in 2011.

In Paris, tens of thousands are expected to pack the Champs Elysees and the area around the Eiffel Tower for dazzling light and firework displays. 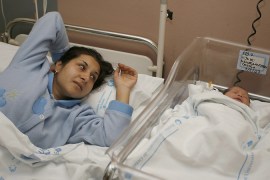 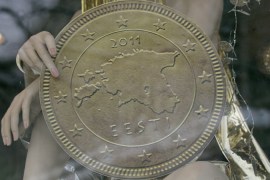 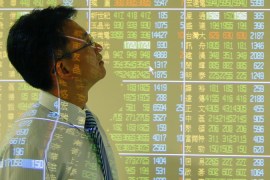 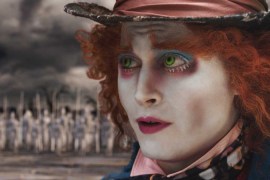