A Tunisian protester has died of his injuries after police shot him in the town of Menzel Bouzaiene, according to the International Federation for Human Rights (FIDH).

Chawki Belhoussine El Hadri, a 44-year-old man, was shot during protest on December 24. He died on Thursday, the FIDH said in a statement.

Mohamed Ammari, a Tunisian teenager, had been killed by police bullets the same day that El Hadri was injured. Another young man, Houcine Falhi, committed suicide by electrocuting himself in the midst of another demonstration on December 22, after shouting out that he was tired of being unemployed.

The protests began in the town of Sidi Bouzid when a young university graduate, Mohamed Bouazizi, attempted to end his life by setting himself on fire. Bouazizi is receiving treatment for his severe burns at a hospital in Tunis.

Security forces broke up a demonstration in Monastir peacefully on Thursday, but used violence in Sbikha on Thursday, the FIDH said. The same happened in Chebba, where one protester had to be hospitalised.

“The FIDH again firmly condemns the use of firearms by the Tunisian security forces, and calls for an independent inquiry to caste light on these events, to hold those responsible accountable and to guarantee the right to peaceful protest,” the organisation said.

Officials have said that the police’s use of firearms against protesters last week in Menzel Bouzaiene was necessary after rioters barricaded a police station during the unrest, and used molotov cocktails to torch the building and some police cars.

Lawyers gathered in central Tunis, while others assembled in the capital’s suburbs, the town of Monastir and elsewhere in the country, after the national lawyers’ order called on them to speak out against the government’s repression.

“It was to demand the release of lawyers arrested over the past two days, and to express solidarity with the wider protests in Sidi Bouzid,” Trifi, who has participated in the gathering outside the courthouse in Tunis, said.

“There was a savage attack on the lawyers, who were protesting extremely peacefully,” he said.

He said many people have been injured, some severely, when police beat the lawyers with clubs and punched and kicked them, arresting some and breaking up the meeting. The repression was the most violent in Tunis, he said.

The police also confiscated cell phones to prevent people from filming the incident in the capital.

Many lawyers have been arrested for supporting the protesters. Abderrahman Ayedi, pictured above, says he was tortured by police on December 28, after they arrested him.

President Zine El Abidine Ben Ali sacked the governor of the region of Sidi Bouzid where the protests had begun.

Mourad Ben Jalloul was dismissed on Thursday, as Ben Ali’s government struggles to respond to the political crisis the protests have provoked.

Three ministers and two governors have now been removed for reasons relating to the popular uprising, including Oussama Romdhani, the communications minister.

But Khadija Cherif, the secretary-general of the FIDH, told Al Jazeera that Ben Ali’s response to the crisis hasn’t taken into account the major reforms the protesters are calling for. Neither has it allowed for the debate to be opened, she said, noting the Tunisian media’s failure to report accurately on the events.

Most Western governments have stayed silent over the violent repression of the protests, in a marked contrast to the international outcry over popular protests in Iran in 2009.

By keeping silent over what is happening in Tunisia, Cherif said the world is “showing indifference to a population that is rising up in the face of massive repression”.

“We can clearly see that it’s self-interest that counts, not values like democracy or freedom,” she said. “This discredits European and Western countries.”

She condemned the tendency to describe Tunisia as an economic miracle.

“Just look at what this ‘miracle’ has led to,” she said, referring to those marginalised by the liberalising economic path the government has taken.

France’s Socialist Party, the main opposition, condemned the “brutal repression” of the protesters on Thursday, calling for those arrested to be released.

“It’s unfortunately not the first time that the Tunisian security forces distinguish themselves by sometimes fatal repressive measures,” Pouria Amirshahi, the party’s national secretary, said in a statement from France.

Amirshahi called on the Tunisian authorities “to guarantee the safety of activists, journalists and lawyers, and to protect the right to information and the right to peaceful protest.”

Some 80,000 Tunisians graduate from higher education annually, but analysts say the Tunisian economy is incapable of absorbing so many highly skilled workers.

The unemployment rate is 14.7 per cent, according to the World Bank.

Nouredinne Miladi of the University of Northampton points to unemployment figures from non-governmental sources. In the town of Sidi Bouzid, where the protests started, around 25 per cent of male university graduates are jobless, as are 44 per cent of female graduates.

He said the simmering resentments that led to the recent protests are rooted in years of systematic marginalisation of not only the young, but of significant parts of the country.

Flourishing coastal cities receive the bulk of the government’s attention, he told Al Jazeera, while much of the rest of Tunisia goes overlooked.

The World Bank may have recently praised Tunisia’s weathering of the global economic crisis, but the economic reality within the country is very different from how it is typically viewed abroad, he explained.

“What is promoted around the world is this lovely picture of tourism and so forth,” he said.

The Tunisian government deserves praise for having made education a higher priority than other countries in the Maghreb like Algeria or Morocco, Lahcen Achy of the Carnegie Endowment for International Peace told Al Jazeera.

But the problem lies in the type of sectors that have been developed in Tunisia, which offer mostly low-skilled employment.

Highly educated young people are blocked from entering public life, whether it be politics, media or commercial spheres. Instead, economic development has focused on sectors such as tourism and textiles, which don’t meet the expectations of these graduates.

The government has a responsibility to design policy that encourages domestic and foreign investment in sectors that would provide jobs suitable for so many highly educated graduates.

“We have much more investment coming from Europe … just looking for cheap labour,” Achy said.

Beyond the employment dilemma, Miladi said there is a need to allow for greater freedom of expression.

“There has to be new initiatives with regards to opening up the media in the country,” Miladi suggested.

Government has controlled television, radio and print media for decades.

“Only the internet remains probably the only source of opportunity for young people and others to voice their opinion,” he said.

International media face many barriers in reporting from Tunisia. The government has banned Al Jazeera completely. The main source of information on the protests is coming from information Tunisians are posting to YouTube and Twitter.

Many of those tweeting about the popular uprising are beginning to question what they see as the failure of international media to cover the protests, compared to the outcry over pro-democracy protests in Iran in 2009. 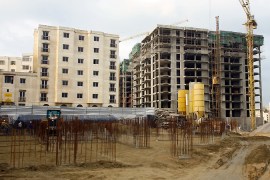 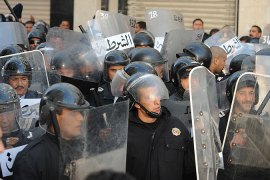 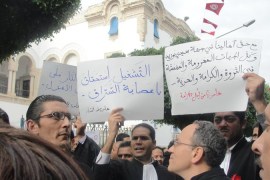 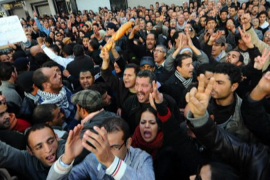