An Israeli court found Moshe Katsav, the country’s former president, guilty of rape and other offences in a unprecedented conviction for a former head of state.

“Katsav’s testimony was riddled with lies,” the three-judge panel said in its ruling. “When a woman says no, she means no.”

Katsav, president from 2000 to 2007, had denied the charges of rape, molestation or harassment lodged by three ex-aides.

But the judge found him guilty of two counts of rape against one woman, and of molesting two others.

The graphic allegations from his secretary when he was tourism minister in the late 1990s shocked the Israeli public.

He had also been indicted for witness-tampering and obstruction of justice. The court ordered Katsav to hand over his passport.

Katsav rejected a plea bargain if he admitted lesser sex charges and continues to maintain his innocence.

He may now try to contest the Tel Aviv District Court’s verdict, and what could be a lengthy jail sentence, in the Supreme Court.

The minimum sentence for rape in Israel is four years’ imprisonment, and the maximum 16 years.

Out of concern for the complainants’ privacy, much of the trial had taken place behind closed doors. Some commentators predicted that Katsav, should he appeal, will argue that the proceedings had not been transparent enough.

The 65-year-old Katsav had no comment for reporters as he left the court, ashen-faced and flanked by lawyers and bodyguards. Gila, his wife, wasn’t present, and hasn’t attended any of the court proceedings.

The allegations against the leader, whose rise from the slums once considered a shining example for disadvantaged Jewish immigrants from the Middle East and North Africa, stirred deep emotions in Israel.

“It’s unprecedented that someone of his status, a former president, has been convicted of rape,” Al Jazeera’s correspondent said.

Yet there has been a string of other prominent Israeli politicians who have been charged of criminal charges in recent years.

Then there’s those linked to ongoing corruption investigations, including Ehud Olmert, the former prime minister, who was charged with fraud last year.

“So the public here really has … lost trust in their politicians and the post of president is seen as a moral compass, so for a former president to be convicted of rape, really doesn’t bode very well,” Dekker reported.

Katsav had cast himself as the victim of extortion and an ethnically motivated “witch-hunt”, and had vowed to clear his name.

Katsav immigrated with his family to Israel from Iran in 1951. At age 24 he became the country’s youngest mayor and went on to hold a number of cabinet posts as a member of the rightist Likud party.

The parliament elected him president in 2000 in an upset victory over Shimon Peres, who later succeeded Katsav as president.

Katsav resigned in June 2007 and became a leper of the political establishment. He was only formally indicted in March 2009, more than two years after the case went public.

He initially accepted a plea bargain that incensed women’s rights groups. However, he later decided that instead of facing trial for lesser charges he would “fight until the truth comes out” and called the deal off.

As he read the verdict on Thursday, presiding Judge George Kara told the former president that this decision was “a grave mistake.”

The prosecution was welcomed by women’s groups that have long complained that Israeli authorities shrug off sexual harassment in workplaces.

“It’s not pleasant to see a former president tried for serious crimes like this,” Moshe Negbi, legal analyst for Israel Radio, said. “But on the other hand, I think every citizen should be proud that we live in a society where no citizen is above the law.” 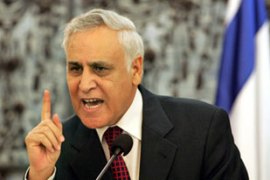 Attorney-general says former president will be indicted on a number of sex charges. 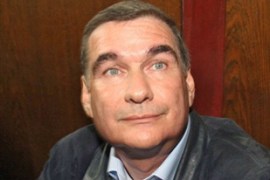 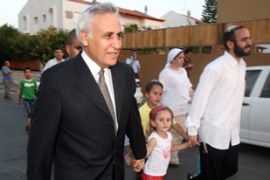 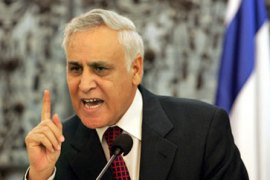 Former president was the first Israeli head of state born in a Muslim country.