Two buses carrying pilgrims, most of them Iranian, have collided on a highway in Iraq, killing at least 15 people and injuring dozens, police said.

The crash occurred on the main highway connecting Hilla to Najaf on Friday.

One of the buses was travelling from the city of Najaf, a holy site for Shia Muslims, towards Samarra, to visit the golden domed shrine at the al-Askari mosque. The other bus was en route to Najaf, from the city of Hilla.

“A traffic accident occurred on the Hilla-Najaf highway as a result of one of the buses skidding and hitting the other,” Fadhil al-Sultani, the police chief of Babil province, said.

Sultani said 11 of those killed and 22 of 45 wounded were Iranian pilgrims.

Religious tourism to Iraq from neighbouring Iran has increased since the fall of Saddam Hussein’s Sunni-led government.

Every day, thousands of pilgrims from Iran and other countries with large Shia Muslim populations, visit Najaf and Iraq’s other major Shia shrines in Samarra, Karbala and Baghdad. 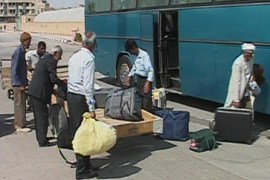 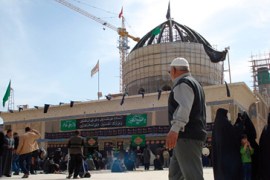 Gold dome and minarets of destroyed shrine to be restored by the end of Ramadan. 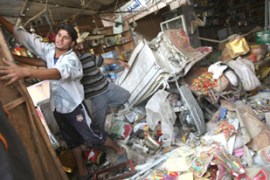