Judge Aziz Mohammadi gave the order against the man, who was only identified as Hamid, after convicting him of throwing acid on the victim, named as Davoud, hardline Kayhan newspaper reported on Wednesday.f

The judge also ordered Hamid to pay blood-money for the burn injuries suffered by Davoud, who was 22 at the time of the attack, in a ruling issued under the Islamic Republic’s eye-for-an-eye justice code.

Hamid told the court he had mistaken Davoud for a classmate who had bullied him in hfigh school, saying that even after moving, he remained tormented by the memory of the bullying.

The report, quoting other sources, including Iran’s Fars news agency, did not say whether the authorities would, in fact, carry out the  punishment by using acid or via surgery.

Several acid attacks have been reported in Iran in the past few years.

In November, the supreme court upheld a sentence of blinding with acid against a man only named as Mojtaba, who blinded his lover’s husband in the holy city of Qom.

In February 2009, Majid Movahedi was sentenced to be blinded in both eyes for having hurled acid in the face of a university classmate, Ameneh Bahrami, who refused his marriage proposal.

There has been no reported confirmation that the sentences were carried out.

However, the limits of the law are sometimes tested, as in one case in Saudi Arabia in August, when a court investigated whether severing the spinal cord of a man found guilty of paralysing a man he attacked with a cleaver would, in fact, kill him. 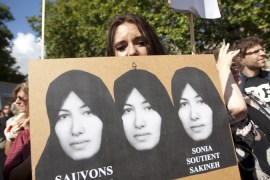 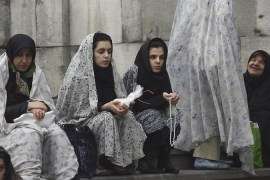 US capitalises on Tehran’s poor human rights record to campaign against bid for seat on UN women agency board. 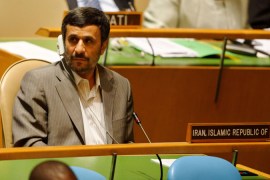 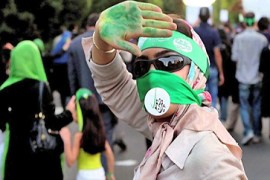