The United Arab Emirates chose to release details of a Hamas leader’s assassination in Dubai after deciding silence would be seen as siding with Israel, US cables released by WikiLeaks show.

The assassination of Mahmoud al-Mabhouh in a hotel room – which UAE police said was very likely the work of Israel’s Mossad spy agency – was carried out in January by a team using forged passports and disguises.

“The two options discussed were to say nothing at all, or to reveal more or less the full extent of the UAE’s investigations,” Richard Olson, the US ambassador to the UAE, wrote in a diplomatic cable, citing a conversation with a UAE government media adviser.

Saying nothing “would have been perceived as protecting the Israelis”, the ambassador wrote.

Al-Mabhouh was a senior Hamas military commander and one of the founders of the Izz ad-Din al-Qassam Brigades.

He was allegedly involved in several actions against Israel, including the abduction and murder of two Israeli soldiers.

In recent years, al-Mabhouh was also alleged to have played a key role in forging secret connections between the Hamas government in Gaza and the Al-Quds Force of the Revolutionary Guards in Iran.

The cables released on the WikiLeaks website show that his assassination was discussed for nine days at the highest levels before being released to the public.

“The statement was carefully drafted not to point any fingers, but the reference … to a gang with Western passports will be read locally as referring to the Mossad,” Olson wrote.

Israel has said there was no proof that its intelligence agency was behind the murder, which eliminated a Hamas leader suspected of smuggling arms into the Gaza Strip.

Dubai officials were not immediately available for comment on the cables.

As Dubai splashed details of the “hit”, complete with surveillance camera footage and passport scans, a diplomatic row erupted since many of the suspected assassins were travelling on forged European passports.

The cables, written soon after the assassination, do not reveal the identities of the agents.

But Dahi Khalfan Tamim, Dubai’s police chief, had said he expected they would show that Mossad was involved in the murder.

“The documents will surely prove to those who doubted us,” Gulf News quoted him as saying in a report last Friday.

Another cableoutlines a request the UAE made for US help in tracking down cardholder details and other information relating to credit cards linked to the suspected killers.

Dubai police say many of the alleged members of the hit squad used prepaid credit cards issued by a bank in Iowa that were distributed through another US company known as Payoneer.

US embassy officials passed on details of the request to the FBI and urged Washington to handle it urgently, according to the cable.

Dubai’s government media office said it was looking into the disclosures and had no immediate comment. 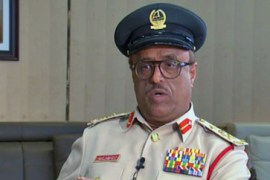 Dahi Khalfan Tamim maintains Israel was involved in the killing of Mahmoud Mabhouh. 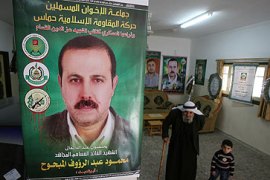 Inside Story asks what really happened in Dubai and who is behind the murder.

Plus, corruption in the Kenyan media.