China has announced a reduction in its export quota for rare earth minerals, further shrinking global supplies of metals used in a wide range of high-tech products.

The Chinese commerce ministry said on Tuesday it will cut down export of the minerals by more than 11 per cent in the first half of next year.

Beijing says its curbs are for environmental reasons and to guarantee supplies to domestic industrial consumers.

In a short statement on its website, the commerce ministry said it had added more producer companies to the quota list, but had cut volumes allocated to trading companies.

The new numbers say China is allocating 13,105 tonnes of rare earths among 31 companies, down from 14,790 tonnes allocated among 22 companies in the first batch of quotas this year.

China, which produces about 97 per cent of the world’s supply of rare earth elements, slashed its quota by 40 per cent in 2010.

China’s export restraints on rare earths, which are used around the world in high-technology, clean energy and other products, have inflamed trade ties with the United States, the European Union and Japan.

Last week, the US trade representative’s office said that Beijing had refused Washington’s requests to end export restraints on rare earths, and instead asked the United States to complain to the World Trade Organisation, which judges international trade disputes.

“We are very concerned about China’s export restraints on rare earth materials,” said a spokesperson at the US trade representative’s office in Washington following China’s latest announcement.

“We have raised our concerns with China and we are continuing to work closely on the issue with stakeholders.”

Japan in particular has been hard hit by the export curbs, with Japanese imports of rare earths shrinking further in November, reflecting the impact from China’s de facto ban on shipments of the minerals, lifted late last month.

Japanese companies had complained about restrictions on shipments of the metals by Chinese customs officials following a spat over disputed islands in the East China Sea.

The European Union has also expressed concern over China’s limiting of rare earth exports, though the bloc’s trade commissioner said earlier this month that China had reiterated that the supplies would be sustained.

A number of companies in North America, notably Molycorp Inc in the US and Thompson Creek Metals Co in Canada, are rushing to open or reopen rare earth mines. Two Australian companies are also preparing to mine rare earths.

Beijing has been trying hard to impose discipline on its rare earth sector and insists that its dominance as a producer should give it more control over global prices.

It plans to establish a rare earth industry association by May next year, according to the Chinese industry and information technology ministry.

Speaking at a conference on Tuesday Wang Caifeng, a ministry official, said he hoped the body would perform the same function as the China Iron and Steel Association by ensuring the “orderly development” of the sector through pricing and export quotas.

Tougher environmental regulations for the rare earth sector are also expected to be unveiled next year, according to China Business News. 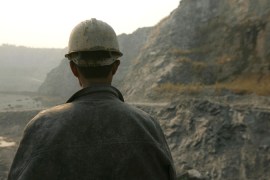 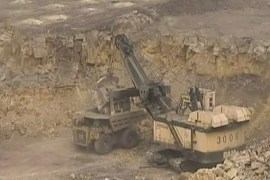 As China restricts exports of vital substances to US, elements become a US national priority.