He replaces Sergei Sidorsky who was the country’s prime minister since 2003.

Myasnikovich’s appointment, reported by the Reuters news agency on Tuesday, comes less than two weeks after the presidential election that gave Lukshenko his fourth term in office.

The polls on December 19 were followed by bloody scenes as police used batons to break up demonstrations by opposition supporters.

More than 600 people were arrested following a massive rally in central Minsk, the capital, to protest the election, which some Western observers said fell well short of democratic norms.

Among those arrested is Irina Khalip, a journalist critical of Lukashenko and the wife Andrei Sannikov, a Belarus opposition candidate who has also been arrested.

Those arrested also included 11 Russian citizens, prompting demands from Moscow that they be released.

“The Russian side insists on an urgent release of several Russian citizens detained on December 19 in Minsk,” the Russian foreign ministry said in a statement on Monday.

“Delaying a solution to this matter will negatively affect the general atmosphere of bilateral Russian-Belorussian ties.”

Russia has been a key ally for Lukashenko in the past and Moscow has refrained from joining European criticism of the post-election crackdown, saying the vote was an “internal affair” for Belarus.

A Minsk court has ruled that those arrested must remain in prison while the investigations continue.

On Tuesday Russia summoned the Belorussian ambassador in Moscow to express disappointment at  the continuing incarceration of its citizens. 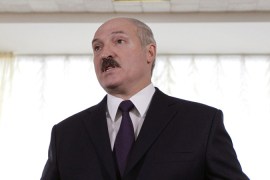 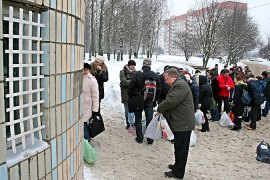 Seven of nine presidential candidates could receive up to 15-year sentences amid post-election crackdown. 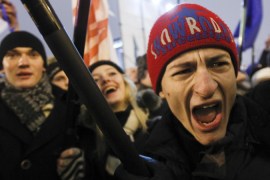