The government of Cote d’Ivoire’s incumbent leader Laurent Gbagbo has rebuffed a call for him to step down or face removal by force, before several West African presidents deliver a final ultimatum.

Gbagbo’s government originally said it would welcome the emissaries “as brothers and friends and listen to the message they have to convey”.

But shortly before the West African leaders were expected to meet Gbagbo at about 13:00 GMT, his government warned it would not tolerate any meddling in its affairs, nor would it heed any call to make way for Alassane Ouattara, rival presidential claimant who is internationally recognised.

While doubts exist about whether the region could carry out such a military operation, Ouattara’s camp remains confident that help is coming soon.

Residents remain fearful of the violence such an intervention could unleash if attempted.

Dozens of people gathered on Monday outside the Nigerian embassy in Abidjan, holding signs that read: “We don’t want a military intervention” and “Let Ivoirians solve Ivoirian problems”.

He cited three supporting reasons, saying “most Ivoirians will not support Gbagbo to re-ignite the civil war, even though some of them might have supported and voted for him.”

Elsewhere in Abidjan, dozens of women gathered to pray for peace after weeks of violence that have left at least 173 people dead, according to the UN.

The toll is believed to be much higher, as the UN said it had been unable to investigate reports of a mass grave because of restrictions on UN personnel movements.

“We are in trouble and we don’t know what to do,” Edith Esther, an Abidjan resident, said. “We are stressed – that’s why we have come here to cry to God.”

The UN declared that Ouattara won the presidential runoff election held nearly one month ago, but Gbagbo refuses to concede defeat and leave despite admonitions from the UN, US, EU and AU.

Ouattara’s supporters had called for a general strike to step up the pressure, but shops were open on Monday and it was business as usual in central Abidjan – though the pro-Ouattara districts began shutting down in the early afternoon.

The strike was intermittently followed across the country. Bouake, the rebel capital, was a ghost town, while Gagnoa, a Gbagbo-stronghold, was open for business. 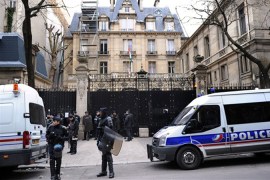 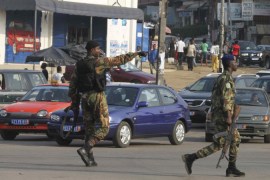