The Nigerian president has pledged that perpetrators of Christmas Eve bombings that left dozens dead in the country’s central region will be brought to justice.

Meanwhile, tension remained high on the streets of the central Nigerian city of Jos on Sunday.

Fresh clashes broke out between armed Christian and Muslim groups, as buildings were set ablaze and the police and military arrived on the scene in an effort to disperse crowds.

Friday’s explosions in villages near the city of Jos killed 38 people. Six other people died in attacks on two churches in the northeast of Africa’s most populous nation, officials said.

A statement released from the president’s office said: “President Goodluck Ebele Jonathan said Saturday in Abuja that the federal government will take all necessary action to ensure that those responsible for Friday’s fatal bomb blasts in Jos are brought to justice.

“The president expressed sadness at explosions which killed many innocent Nigerians, Christians and Muslims alike, in Jos, Plateau State.”

The state police commissioner said 74 people were in a critical condition.

The violence is the latest in Nigeria, where tribal and religious tensions often lead to deadly clashes.

In March, hundreds of people were killed when Muslim Hausa-Fulani herders attacked the Borom, a predominantly Christian ethnic group.

The head of the army said the blasts were not part of religious clashes which flare up sporadically as tensions bubble under the surface in a country where the population is split roughly equally between Muslims and Christians.

“[Jos explosions were] caused by a series of bomb blasts. That is terrorism, it’s a very unfortunate incident,” Azubuike Ihejirika said in the southern city of Port Harcourt.

Gyang Dalyop Datong, a senator for the People’s Democratic Party, representing Plateau State, told Al Jazeera that the violence does not have a religious element.

“It is not necessarily Christians and Muslims that are fighting, but groups that are inciting violence for political purposes,” he said.

The attacks come at a difficult time for Jonathan, who is in running a controversial campaign ahead of the ruling party’s primaries on January 13.

A ruling party pact says that power within the People’s Democratic Party (PDP) should rotate between the mostly Muslim north and largely Christian south every two terms.

Jonathan is a southerner who inherited office when President Umaru Yar’Adua, a northerner, died in May during his first term. Some northern factions in the ruling party are opposed to his candidacy.

Jonathan faces a challenge from Atiku Abubakar, the former vice-president, for the ruling party nomination, and some fear any unrest will be exploited by rivals during campaigning.

“What happened [in Jos] was not religious, it was political … the aim of the masterminds is to pit Christians against Muslims and start another round of violence,” the governor of Plateau state said. 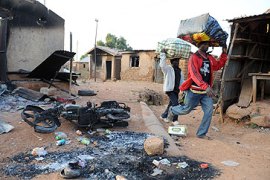 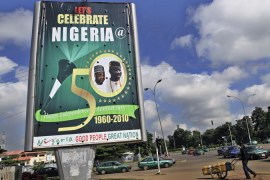 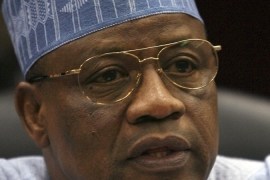 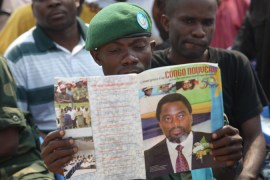