Up to 35 people have been killed and another 14 injured after a bus collided with a van full of mourners in northern India, according to police.

Saturday’s accident occurred near the town of Badaun in Uttar Pradesh. Badaun is 280km southwest of Lucknow, the state capital.

DYS Chauhan, a regional police official, said on Sunday that the van was returning from a funeral when it went through a mound of sand, causing the driver to lose control of the vehicle.

The van then crashed into the bus, killing the bus driver along with the others.

India, with the world’s second-largest population, has the highest annual road death toll in the world, according to the World Health Organisation.

More than 110,000 people die each year in India in road accidents caused by speeding, bad roads, overcrowding and poor vehicle maintenance, according to police. 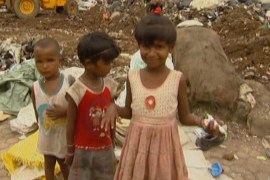 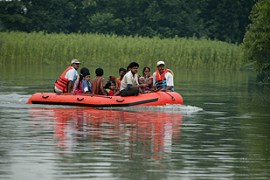 At least half of the 1.2 million people displaced by the flood waters are rescued.