The South Korean authorities have released three Chinese fishermen who were detained for questioning earlier this month after their fishing boat collided with a South Korean patrol ship.

Roh Sang-gue, a coast guard official, said authorities handed the fishermen over to Chinese diplomats at the Incheon International Airport, west of Seoul, on Saturday.

The maritime clash, after which the fishermen were detained and questioned for intentionally ramming the patrol vessel in South Korean waters, caused a diplomatic row between China and South Korea.

One fisherman died and another was reported missing when their boat was sunk after the collision.

Roh said that at least 50 Chinese fishing boats were illegally fishing in western South Korean waters on December 18 when a coast guard ship approached them to try to curb their activities.

The three crewmen were detained for hampering a crackdown by the coastguard on another Chinese trawler. Four South Korean officers were wounded when the fishermen attacked them with iron pipes, clubs and shovels.

A diplomatic dispute began after China demanded that South Korea pay compensation for the sinking of the fishing boat and punish the coastguards involved.

Seoul’s foreign ministry said it would act calmly to settle the row and the fishermen were later freed without charge.

“We decided not to indict these crew as they were not actively involved in the crime at that time. They also fully co-operated in our investigation,” Roh said. 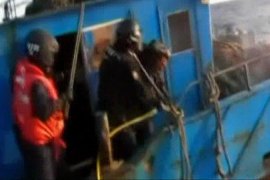 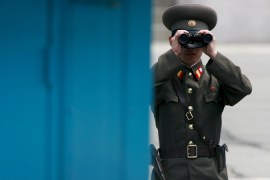 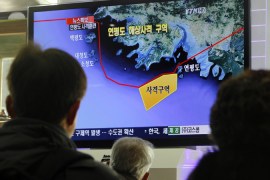