The US Congress has approved a multi-billion dollar health care bill to help emergency workers who became ill following the September 11, 2001, attacks on the World Trade Centre in New York.

On Wednesday, the House of Representatives voted 206 to 60 to pass the package, which will provide $4.2bn for sufferers of illnesses related to dust inhaled following the disaster.

The vote came just two hours after the bill cleared the Senate, where members of the Republican Party ended their opposition after reaching a compromise with Democrats on reducing the bill’s cost and other changes.

The bill will now be sent to Barack Obama, the US president, to be signed into law, which Obama has said he is eager to do.

The money will be used for treatment of ill survivors and re-opens for five years a fund from which people may claim compensation for loss of salaries and other economic benefits.

Many clean up workers and residents of the area will be among those who are likely to make claims.

Charles Schumer and Kirsten Gillibrand, Democratic senators from New York, and Tom Coburn, a Republican senator from Oklahoma led the compromise talks to have the aid approved.

“The Christmas miracle we’ve been looking for has arrived,” Schumer and Gillibrand said in a joint statement.

The two Democrats had sought an additional $2bn on top of the $4.2bn pledged, as well as the compensation fund being held open for 10 years.

“Every American recognises the heroism of the 9/11 first responders, but it is not compassionate to help one group while robbing future generation of opportunity,” Coburn, who led a Republican blockade against the bill, said.

“This agreement strikes a fair balance.”

Al Jazeera’s Kristin Saloomey, reporting from New York, said the James Zadroga bill, named for a police officer who died from respiratory ailments linked to the dust at the so-called Ground Zero, had languished in Congress for almost two years.

“It took public shaming from a favourite US political commentator (Jon Stewart of The Daily Show) and last-minute deal-making before Congress’s winter recess to finally break the log jam,” she said.

Michael Bloomberg, the mayor of New York, said that the passing of the bill was the right thing to do.

“As we look forward to the 10th anniversary of the September 11 attacks, I am encouraged that our elected representatives in Washington came together and stood by those who were there for America in its hour of greatest need.”

There are about 16,000 people who responded to the attacks and 2,700 people who live close to the site of the World Trade Centre who are currently ill and receiving treatment, the fund supporters said. 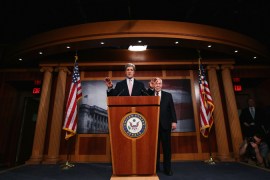 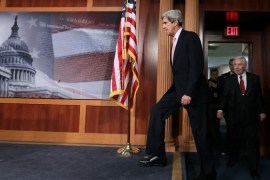 Debate ends on proposed US anti-nuclear deal with Russia, will now go to vote in Senate. 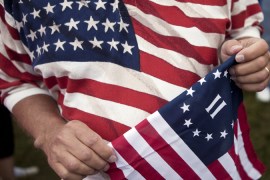 US Census: Red states are growing

US Census figures say that unlike Democratic states, GOP-leaning states are growing in population and political clout. 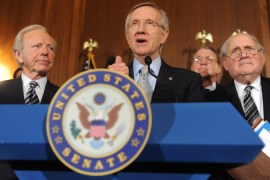 Openly gay US troops may serve

In a landmark victory for gay rights, openly gay soldiers, sailors and airforce men and women can now fight for America.