The United Nations said on Thursday that at least 173 people have been killed and 114 others have gone missing or been tortured following the disputed presidential elections in Cote d’Ivoire.

The post-election violence in the country has prompted fears of a return to civil war.

At least 471 arrests and detentions have also been recorded between December 16 and 21, according to UN deputy human rights commissioner Kyung-wha Kang, who was speaking to diplomats at a special session on Cote d’Ivoire in Geneva on Thursday.

The UN and other world leaders recognise Alassane Ouattara as the winner of the November 28 presidential runoff poll, but incumbent Laurent Gbagbo has also claimed victory, and remains in control of major state institutions.

Earlier on Wednesday, a spokesman for Gbagbo said that the Ivorian military stands united behind him, after a political ally of Ouattara said foreign leaders may resort to force to oust him.

In an address on state TV, Babri Gohourou said: “There is no doubt about the cohesion as perfect brothers in arms of the security and defence forces.

The US, the UN, the European Union, the African Union and the Economic Community Of West African States (ECOWAS) have all recognised electoral commission results showing Ouattara as the winner of the election and have called on Gbagbo to step down.

Robert Zoellick, president of the World Bank, said on Wednesday that he had talked to Amandou Toumani Toure, president of Mali, about getting the bloc to also freeze loans to Cote d’Ivoire.

But Fraternite Matin on Thursday quoted Gbagbo’s finance minister as saying that, for the end of this month at least, they would be paid.

Al Jazeera’s Boateng said that the transfer of salaries will go a long way to quelling discontent, and that it will be “months and months before [discontent due to non-payment of salaries] reaches any kind of level where Laurent Gbagbo would even be concerned about it”. 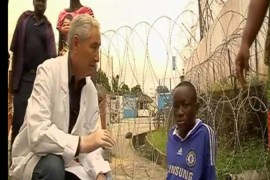 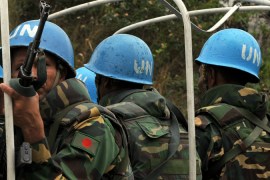 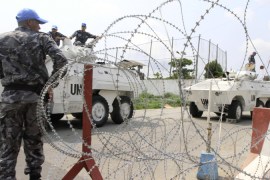