The US government’s decision to renew military ties with Indonesia was made in spite of serious concerns expressed by its diplomats about the Indonesian military’s activities in the province of West Papua.

Memos from the US embassy in Jakarta leaked to the whistleblowing website WikiLeaks show that US diplomats hold Jakarta responsible for “chronic underdevelopment” and for causing instability in West Papua.

WikiLeaks released the cables to the Australian newspaper The Age.

Corruption is rife in the Indonesian army, the US officials acknowledge repeatedly in the documents.

They describe the military as being a virtually autonomous government entity in West Papua and are strongly dubious of the Indonesian authorities’ assertion of “justice” in the province.

Earlier in the year, the US lifted a 12-year ban on ties with Indonesia’s elite military forces.

Contact was resumed with the Kopassus unit, a decision the US state department said was based on an improvement in its human rights record.

When the news of renewed military co-operation was announced, activists warned of the potentially “dangerous” consequences for the Papuan people.

Yet Barack Obama, the US president, went ahead with a state visit to Indonesia in November, deepening security ties by formalising the “comprehensive partnership” between Indonesia and the US.

His visit followed the admission in October by Indonesian authorities that the men who filmed themselves torturing a West Papuan man were indeed Indonesian soldiers.

“Through this partnership, the two Presidents are opening a new era of bilateral relations between Indonesia and the United States for the long-term, based on mutual respect, common interests, and shared values,” the White House said in a statement.

The US cut ties with the military unit under what is known as the Leahy law.

The legislation, approved in 1997, banned US training for foreign military units accused of human rights violations. It can only be waived if the Secretary of State certifies that the foreign authorities take “effective measures” against those suspected of abuses.

Yet underneath the public show of confidence, the leaked cables reveal US diplomats were consistently highlighting human rights abuses in the disputed territory.

The US government may officially continue to support Indonesia’s “territorial integrity”- Obama reaffirmed this stance during his visit last month – but the leaked documents suggest it understands the underlying reasons for widespread “separatist aspirations” among the Papuan people.

The US embassy in Jakarta wrote in a September 2009 cable that “the region is politically marginalised and many Papuans harbour separatist aspirations”.

“Many central government ministries have been reluctant to cede power to the province. As a result, implementation of the [Special Autonomy] law has lagged and Papuans increasingly view the law as a failure.”

Indeed, an estimated 10,000 Papuans gathered in June to protest the special autonomy.

Likewise, the embassy’s assessment of the reaction to a 2006 riot is clear in its condemnation:

“It is clear that the police rounded up a miscellany of perceived trouble-makers and random individuals and that the prosecutors and judges then railroaded them in a farcical show trial.”

The military is actively involved in illegal logging and drug smuggling in neighbouring Papua New Guinea, according to a government official quoted in a 2006 cable.

Officials from the US mine Freeport-McMoRan (whose presence in West Papua is contested amongst the local people, who say it is complicit in the repression of their rights) confirmed allegations that it has paid millions of dollars to members of the Indonesian security forces to help “protect” its operations.

“Only lightly touched by a scant regulatory regime, and cloaked in the protection of the military, Freeport has managed to maintain a nearly impenetrable redoubt on the easternmost Indonesian province as it taps one of the country’s richest assets,” The New York Times reported in an investigative article published in 2005.

One senior mine official confirmed the existence of such payments to Dan Bowman, the senior vice-president Freeport Indonesia. He told US diplomats a month after the article appeared that the:

“Main allegations about direct payments by the company to military and police officials are true but misleading … the military and police did not have institutional bank accounts into which Freeport could deposit funds, so they were forced to make payments directly to the commanding officers responsible for security at the mine.”

A cable from April 2007 confirmed that the company was still paying “voluntary support allowances” to police charged with protecting the mine.

Foreign journalists are banned by the Indonesian government from travelling to Papua. 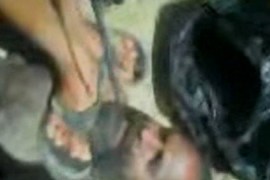 Government confirms its soldiers tortured Papuan detainees after online footage showed them being beaten and humiliated. 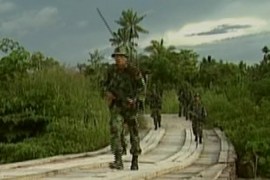 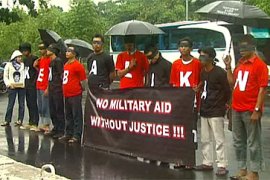 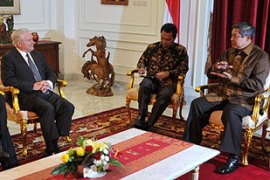 US to lift ban on Indonesia forces