Jorge Videla, a former Argentine leader, is set to be sentenced for his alleged role in the murder of at least 31 political prisoners during the country’s so-called Dirty War from 1976-83.

Videla is expecting the Buenos Aires court’s verdict on Wednesday for charges related to a state-sponsored crackdown against opposition groups, including Marxists, leftist activists, trade unionists and journalists.

The court has already sentenced group of ex-military members who had served Videla’s government to life in prison for crimes against humanity during the Dirty War.

The men were convicted for kidnapping, torturing and murdering over 180 people in three secret detention centres.

The majority of the crimes fell on Julio Simon, known as Turkish Julian, a former member of the military police.

Of the 17 on trial, 12 received life sentences, four received 25 years, and one was absolved.

A massive crowd of families and supporters of victims cheered on the streets in response to the sentencing.

Videla assumed leadership in March of 1976 after deposing then-president Isabel Peron in a military coup.

According to a government report, more than 11,000 people died or disappeared during Argentina’s Dirty War. Human-rights groups say the figure is closer to 30,000.

Reporting from Buenos Aires, Lucia Newman, Al Jazeera’s Latin America editor, said Videla has already been sentenced for human-rights violations – which he was pardoned for – but this time he will most probably face life in jail.

“He was sentenced in 1985 for gross human-rights violations, but five years later president Carlos Menem issued a broad pardon for all the so-called henchman of the Dirty War,” she said.

“Then a few years later he was imprisoned on a different charge, this time for stealing the babies of a lot of his victims, so that kept him under house arrest.

“But now he is again in a prison and it’s more than likely that he will spend the rest of his days in prison.”

In 2005, Argentina’s supreme court, at the urging of then-president Nestor Kirchner, struck down two amnesty laws that shielded hundreds of former officers from charges of human-rights abuses during the dictatorship.

Since becoming president in 2003, Cristina Fernandez has continued the push for renewing trials against military and police officers accused of human-rights violations during Videla’s rule.

In court on Tuesday, Videla appeared to lack any regret over his past actions, calling what many call the Dirty War a “just war”.

“I did not come here to defend myself today nor speak in my defence, in my eyes, defending myself doesn’t make sense,” he said.

“With this reality, which I cannot change, I will accept, however unwillingly, the unjust sentence that you are able to pass on me as a contribution on my part to the ends of national harmony and I will offer it as an additional service that I owe to God, Our Lord and the nation.”

In a clear jab at Fernandez and Kirchner, Videla said his “Marxist” enemies “completed their plans” and now rule the country.

“There is no doubt that the enemies defeated in the past completed their plans. Today they govern our country and aim to name themselves champions in defence of human rights while at the time they didn’t hesitate to violate them [human rights] in a superlative fashion.

“They no longer need violence to get power, because they have the power. And with that they intend to install a Gramscist (Italian Marxist theorist, Antonio Gramsci) Marxist regime.” 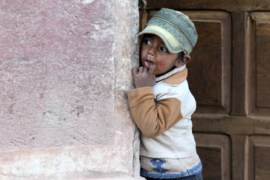 One group’s fight to find the children of mothers murdered during Argentina’s Dirty War. 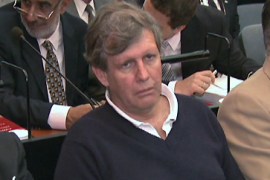 The removal of an amnesty shielding perpetrators of ‘Dirty War’ leads to slow justice. 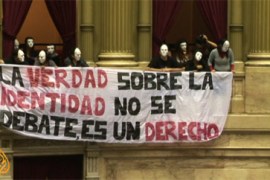 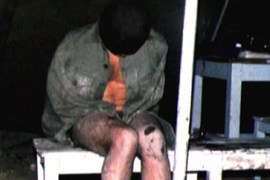 We follow a dramatic meeting between a torture victim and his former interrogator.