A proposed delay to the announcement of Haiti’s election results has been met with fierce criticism from some of the candidates.

A spokesman for Marcel Martelly, the candidate who came third, told Al Jazeera on Sunday that the results must be declared soon after Christmas so that the run-off candidates can return to the campaign trail.

“They have to come up with a result in a couple of days because the candidates will need time to go again out to the street to talk to the people,” Daniel Supplice, a senior advisor to Martelly, said.

“I believe on the 26th [of December] or 27th at the most the result has to come out, because the second turn of the election will be January 16.”

His comments follow a request by the Organisation of American States (OAS) to Rene Preval, the Haitian president, to delay announcing election results until an international panel of experts can review the vote.

But that panel of up to five electoral, legal and information-technology experts has not been formed, raising concerns that the review could drag into the new year.

A statement from the OAS said that Preval had agreed to submit the request to Haiti’s provisional electoral council.

In his comments to Al Jazeera, Supplice reiterated the Martelly campaign’s claim that the vote had been rigged.

“We of course would like to win, this is why we’re running, but what we say – and we’ve said it very clearly – we want the results of this election to reflect what the people have voted, that’s all we’ve been asking for.”

According to the earlier results, Martelly appeared to have been ousted in the first round.

The electoral commission plans a recount of tally sheets in the presence of the three main candidates, although both Mirlande Manigat, a former first lady who topped the poll, and Martelly have refused to take part.

Final results from the first round of Haiti’s chaotic election, held on November 28 amid widespread allegations of fraud, had been due on Monday.

Martelly has before called for a re-run of the entire vote with all 19 candidates, and with the victor claiming the presidency. 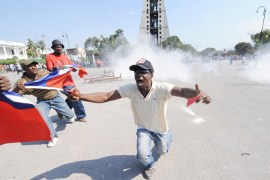 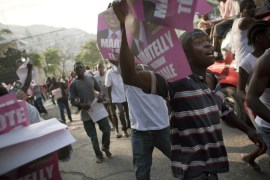 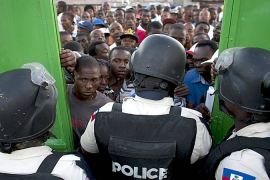 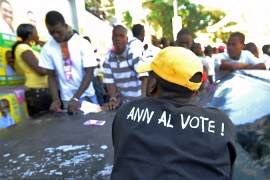