British police have arrested 12 men in a large-scale “counterterrorism operation” after conducting raids on homes in three cities.

West Midlands police they had detained five men from Cardiff in Wales, four from Stoke in central England and three from London, the capital, on Monday.

“All were arrested at or near their home addresses, with the exception of one suspect from Stoke who was at a domestic property in Birmingham,” a spokesman said.

“They’ve all been held on suspicion of the commission, preparation, or instigation of an act of terrorism in the UK.”

They added that searches were still being conducted at the home addresses, while the suspects were held at police stations around the country.

The group, aged between 17 and 28, were detained by unarmed officers at around 05:00 GMT, police said.

‘No link to Sweden’

A senior Iraqi official had said last week that he believed al-Qaeda was planning attacks in the United States, Britain and Europe around Christmas, a year after a failed attempt to bomb a US-bound airliner.

The arrests, which follow several weeks of surveillance, are not believed to be linked to other recent plots against Europe or the recent bombing in Sweden.

John Yates, Metropolitan Police assistant commissioner, who is in charge of counterterrorism policing nationally, said that the swoop was a large-scale, pre-planned and intelligence-led operation involving several forces.

“The operation is in its early stages so we are unable to go into detail at this time about the suspected offences,” he said in a statement.

“However, I believe it was necessary at this time to take action in order to ensure public safety.”

Al Jazeera’s Paul Brennan reported from London that at this early stage police are being very tight-lipped about it and the details are very sketchy, but “it doesn’t necessarily implicate guilt.”

“They [the police] are not saying where in those cities, the raids took place and the search is continuing.”

He also said that the UK interior minister was briefed in advance of the raids taking place.

“Police used unarmed officers to conduct the raids indicating that they were expecting little or no resistance,” Brennan said.

The arrests are the most high profile anti-terror raids in Britain since April 2009, when 12 men were detained in northern cities over an alleged plot to bomb a shopping centre in Manchester.

Those suspects were later released without charge, though some men were later deported over immigration offences.

According to 2008 figures, 1500 arrests were made in the UK under alleged terrorism offences but two-third of those were released while remaining were charged, sometimes with other offences and not terrorism. 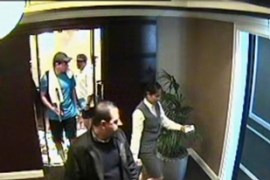 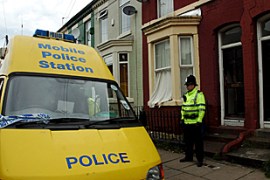 Twelve men arrested over an alleged bomb plot in Britain are released without charge.

Police in London have arrested 14 people in another round of anti-terrorism raids, saying they suspected the men of being involved in training and recruiting for terrorism.

Two men arrested during anti-terrorism raids across Britain last week have been released without charge.