Alexander Lukashenko has won a fourth term as the president of Belarus following an election marred by a violent police crackdown on demonstrators and the arrest of opposition challengers.

The state electoral commission said early on Monday that Lukashenko had won 79.7 per cent with 100 per cent of votes counted in the former Soviet republic. It put voter turnout in sub-zero temperatures at more than 90 per cent.

Separately, Russian election observers invited by the Belarus leader ruled that the election was legitimate.

But international observers and western governments accused Belarus’ leader of using fraud and violence to remain in power after more than 16 years of repressive rule, saying on Monday that Lukashenko’s re-election had been seriously flawed.

US and European leaders have criticized Lukashenko for a wave of violence directed at rival presidential candidates and their supporters in the hours after the election.

The Organisation for Security and Co-operation in Europe (OSCE) said the count in Sunday’s vote was “bad or very bad” in half the country’s precincts.

It also strongly criticised the violent dispersal by riot police of a post-election protest rally.

Lukashenko on Monday bristled at the criticism of how police handled the demonstration, saying it was beyond the OSCE election observers’ mandate.

“What does what happened at night have to do with the election? The election was over,” he said at a news conference.

Exit polls had indicated that Lukashenko, 56, was likely to win a fourth term in office, with over 79 per cent of the vote, according to one pro-government pollster.

Up to 10,000 people marched through the country’s snow-bound capital, Minsk, on Sunday chanting “Out!”, “Long Live Belarus!” and other anti-Lukashenko slogans in one of the most significant challenges yet to his iron-fisted, 16-year rule.

Then riot police waded in, beating people with batons on Independence Square. Some protesters threw stones and snowballs at police.

Several people were left sprawled on the ground, including an elderly woman who had been hit on the head. Others were bundled into police cars.

One of the candidates, Andrei Sannikov, had earlier told the crowd: “Down with the rule of Lukashenko, freedom for Belarus!”

Another, Vladimir Neklyayev, was beaten by police who fired into the air to disperse a column of supporters trying to join the main rally. His wife, Olga Neklyayev, said he was later taken by police from his hospital bed, where he was recovering from head injuries, where he was attacked again.

The candidate’s wife told Al Jazeera that her husband was dragged out his hospital bed and beaten.

“He started to struggle so they dragged him onto the floor in a blanket and started to pull him across the floor and out of the room while locking me inside … where I kept on screaming,” said Olga Neklyayev. She said her husband has been kidnapped.

“It means somebody gave an order to get rid of the nurses so that this could happen. It was very well planned.”

Police were detaining Neklyayev, Sannikov and at least two others who ran against Lukashenko, their aides said.

The European Union is watching closely, weighing how far to engage with the country of 10 million on its eastern flank, amid tension between Lukashenko and Russia, his chief benefactor.

The head of the European Parliament, Jerzy Buzek, said the incident involving Neklyayev was unacceptable.

“This cowardly attack on a defenceless candidate for president of Belarus is outrageous and disgraceful,” he said in a statement.

Al Jazeera’s Neave Barker, reporting from Minsk on Monday, said “no election in recent years [in Belarus] has been deemed free and fair by international observers.”

But Lukashenko is quite popular throughout the the country, where people long for “stability, security and a predictable leadership from someone that they know and trust”.

However, our correspondent also pointed out that that the opposition’s opinion differs – it holds that this “has not been a free and fair election … this whole campaign was skewed very much in Lukashenko’s favour.

“The president, of course, is in control of the state media, and obviously the opposition have, in the whole process, in the run-up to the election, been denied the kind of mass coverage afforded by the president.”

During Lukashenko rule Belarus’s command economy has been propped up by energy subsidies from chief ally Russia. The country serves as a buffer between Russia and NATO and a transit route for Russian gas heading to Europe.

But relations with Moscow have been on the rocks in recent years, and Lukashenko, a mustachioed former state farm director, has been courting the West.

The European Union has dangled the prospect of financial aid if Sunday’s vote is deemed fair. It will take its cue from monitors from the OSCE, who report back on Monday.

Lukashenko crushed dissent harshly in the early years of his rule, jailing opponents and muzzling the media. He was dubbed Europe’s “last dictator” by the Bush administration. 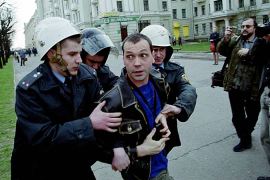 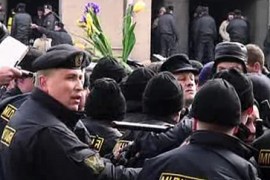 A revealing story about life in Belarus before and after the elections of Lukashenko. 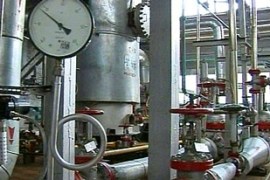 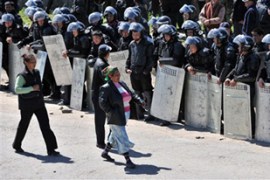