Top Democrats in the United States, including Joe Biden, the vice president, have said they believe they have enough support in the US senate to ratify a new nuclear arms treaty with Russia.

Biden also told NBC’s “Meet the Press” on Sunday that the US would “make good” on its commitment to fully develop a missile defense system in Europe.

With Congress set to adjourn in the coming days, the senate was poised to resume debate on START (Strategic Arms Reduction Treaty) as early as Sunday, a top priority of Barack Obama, the US president.

The New START treaty, signed in April by Obama and Dmitry Medvedev, the Russian president, would require the former Cold War adversaries to reduce strategic nuclear warheads and bombers.

It would also establish a verification and inspection system to ensure both abide by terms of the agreement.

Republicans opposing the treaty say the pact would limit US efforts to develop systems like those it plans to deploy in Europe to defend against any limited missile attacks from Iran or North Korea.

It was unclear whether the deal had enough Republican support to garner the 67 votes (two-thirds of the senate) needed to pass in the 100-member senate.

Biden expressed optimism that supporters had enough votes to ratify the deal. “I believe we do,” he said.

Richard Durbin, the No. 2 Democrat in the senate leadership, told “Fox News Sunday” that he thought there was enough support. “I think we need to bring this to a vote,” Durbin said.

Senator Jon Kyl, the No. 2 Republican in the Senate and a leading critic of the treaty, told the same show that in the past, the US had “kept missile defense off the table when talking about reducing strategic offensive weapons”.

Asked if he was going to vote against ratification if there was no change to the treaty, Kyl said: “Absolutely. This treaty needs to be fixed and we are not going to have the time to do that” in the few days left in the current session of Congress. 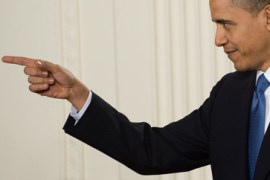 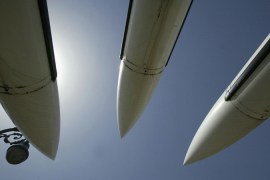 US-Russia treaty to slash nuclear arms is in danger after Republican senator says it should not be voted on this year.

Republican senator says there is not enough time to pass ratification through the Senate this year.