Sudan’s government has slammed leaked US diplomatic cables that accuse Omar al-Bashir, the country’s president, of transferring up to $9bn out of the African nation, with much of it sent to banks in the United Kingdom.

Sudan’s information ministry called the embezzlement claim “a wretched political action” in a statement released on Sunday, a day after The Guardian newspaper reported the cables.

“The allegation of the ICC prosecutor is meant to convince the US administration to support him in propagating this lie which he thought would make the Sudanese people turn against him (al-Bashir),” the ministry said.

A US diplomatic cable released by the WikiLeaks whistleblowing website on Saturday details a conversation between Alejandro D. Wolff, the former US ambassador to the United Nations, and Luis Moreno-Ocampo, the chief prosecutor to the International Criminal Court (ICC).

During a meeting in March 2009, Moreno-Ocampo is quoted as saying that the disclosure of the alleged “illegal accounts” could help garner support for al-Bashir’s arrest.

“Ocampo suggested if Bashir’s stash of money were disclosed [he put the figure at $9bn], it would change Sudanese public opinion from him being a ‘crusader’ to that of a thief,” the cable says.

“Ocampo suggested exposing Bashir had illegal accounts would be enough to turn the Sudanese against him.”

Sudan is one of the poorest countries in the world with an estimated 40 per cent of the population living below the poverty line, despite being a sizable exporter of oil.

The meeting between Wolff and Moreno-Ocampo was held shortly after the ICC ordered the arrest of the Sudanese president on charges of war crimes and crimes against humanity in the country’s western Darfur region. A further three counts of genocide were added to the charges in July.

Khartoum has repeatedly dismissed the arrest warrant as “a political decision” and African nations have refused to comply by detaining al-Bashir during overseas visits.

“These allegations by Ocampo are proving that he is a big liar internationally and I don’t think that the Sudanese people will look at them seriously,” he told Al Jazeera.

“These are political allegations [intended to] to press the Sudanese government to comply with the agenda of Europeans and the United States of America.”

Earlier, Dr Khalid al-Mubarak, a spokesman at the Sudanese embassy in London, called the allegations a “laughable claim”.

“To claim that the president can control the treasury and take money to put into his own accounts is ludicrous,” he told The Guardian newspaper.

The leaked cable also hints at efforts to bring major world powers on board over the arrest warrant.

“Ocampo suggested it would be beneficial to reassure China that its access to oil would not be jeopardised,” the cable says.

“If China believed Bashir was becoming a destabilising influence, Ocampo said China might be more open to his removal as long as his replacement would guarantee support for China’s economic interests.”

The US document said that Britain’s Lloyds Banking Group “may be holding or knowledgeable of the whereabouts of his money”.

But Lloyds insisted it was not aware of any link with al-Bashir.

“We have absolutely no evidence to suggest there is any connection between Lloyds Banking Group and Mr Bashir,” a spokeswoman said.

“The group’s policy is to abide by the legal and regulatory obligations in all jurisdictions in which we operate.”

Abdel Rahman Mohamed, an international development consultant in the US, said there would be “a great deal of ramifications” if the allegations were proven true.

“However I don’t think the reality reflects any possibility for anybody to take $9bn and put [that] in the United Kingdom,” he told Al Jazeera.

“If he had wanted to do this he would have placed [the money] in some place where other members of the regime have stashed their money away, in Malaysia or Dubai or somewhere else. Not in a Western country where he could be subject to investigation.”

The release of the US cable came at a sensitive moment for Sudan, with a referendum on south Sudan independence slated for January 9.

Al Jazeera’s Mohammed Vall, reporting from Khartoum, said al-Bashir’s enemies, particularly the Sudan People’s Liberation Movement (SPLM), which governs the semi-autonomous south, were likely to use the allegations against al-Bashir.

“Particularly SPLM will pick up on this to discredit him further and most probably they will use it in the campaigning in the south, that this government cannot be dealt with, that it’s not credible,” he said.

“The SPLM has been raising many accusations in the past about the lack of transparency in the division of oil revenues between the north and south and this is a very good story for them.” 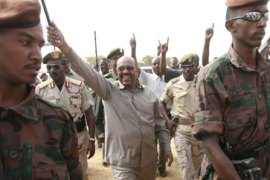 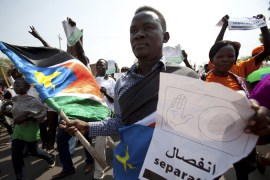 Sudan ‘could give up’ southern oil

Government ready to give up share of oil wealth if South Sudan votes against independence in January, president says. 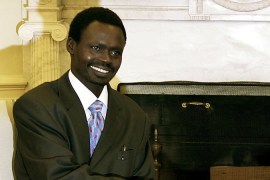 Darfur leader ‘ready to do battle’

Minni Minnawi, the only leader to sign Darfur peace deal with government, blames it for failing it and quits post.