Sudan’s president has said that his Khartoum-based government is ready to give up its share of the revenues from oil reserves from the south, if the region votes against independence.

Omar al-Bashir said that the 2005 Comprehensive Peace Agreement, which ended the civil war between the north and the south and set the date for the referendum on secession, had divided the oil wealth in order to “to encourage our brothers in Southern Sudan to vote for unity”.

However, in an address to a delegation of AU’s Peace and Security Council in Khartoum on Thursday, Bashir said that the northern government was now willing to give up its share of the revenues to ensure the country remains undivided.

“We say if they choose unity, we are ready for the national government to give up its full share in the oil of the South to the government of the south,” he said.

Bashir made the remarks just a day after one of his senior aides acknowledged that the south would likely vote to secede in the January 9 referendum after the “failure” of policies aimed at keeping Africa’s largest nation united.

Nafie Ali Nafie, who is also the deputy chief of the ruling National Congress Party, was quoted by the state news agency SUNA as saying that secession “has become probable”.

“We should not deceive ourselves … we have to adhere to the facts and the reality,” Nafie told a conference in Khartoum on Thursday.

His remarks were taken by some as a sign that Khartoum would accept the result.

Meanwhile, UN officials have said that more than 12,000 people have been displaced by clashes between the Sudanese army and former rebels in less than week.

Soldiers on Friday clashed with fighters of the Sudan Liberation Army (SLA) faction led by Minni Minnawi, the only rebel group to have signed a peace deal with Khartoum, in the South Darfur village of Khor Abeche.

Humanitarian aid officials said the people displaced over the past week had been moved to camps in Shangil Tobaya and Zam Zam, in the neighbouring state of North Darfur.

Ties between the SLA and the government have deteriorated to the point of armed confrontations since last week.

Darfur has been gripped by a civil war since 2003 that has killed 300,000 people and displaced another 2.7 million, according to UN figures. Khartoum says 10,000 people have died in the conflict. 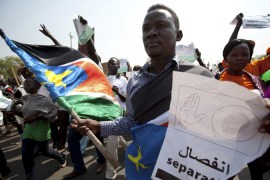 Official voices support for independence, but move is at odds with peace deal that vows to pursue unity. 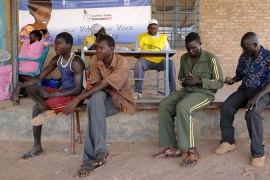 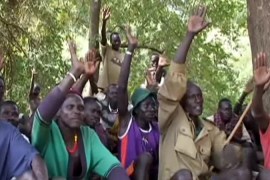 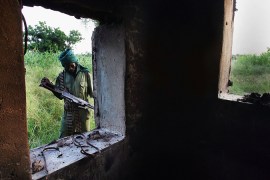