The creator of online social networking site Facebook has been named TIME magazine’s ‘Person of the Year’ for 2010.

At age 26, Mark Zuckerberg is youngest person to be given the award since Britain’s Queen Elizabeth was named the magazine’s person of the year in 1952.

The man who formed the popular social networking site in college that now boasts 500 million users, was chosen on Wednesday because of Facebook’s growing impact on communication, society, and culture, says Jim Frederick, the managing editor of Time.com.

In an editorial essay, Richard Stengel, the magazine’s managing editor, describes Zuckerberg’s role as both a “product” and an “architect” of his social media-saavy generation.

“In a single day, about a billion new pieces of content are posted on Facebook. It is the connective tissue for nearly a tenth of the planet. Facebook is now the third largest country on earth and surely has more information about its citizens than any government does. Zuckerberg, a Harvard dropout, is its T-shirt-wearing head of state,” Stengel wrote.

He is the same age as Queen Elizabeth when she was Person of the Year, for 1952.

Zuckerberg , who until recently stayed away from the public spotlight, has had a lot of face time this year. He was the youngest on the Forbes billionaire’s list, a big charitable donor, and the subject of a movie called “The Social Network”.

The readers of TIME magazine were also asked to name their person of the year. They chose WikiLeaks’ Julian Assange, who received nearly a third of the 1.5 million votes from readers. Zuckerberg came in at tenth place in the popular vote.

TIME editors, however, ruled it premature to recognise Assange just yet, however.

“I think in the ultimate analysis we chose not to go with Assange because Assange’s organisation and WikiLeaks in general is really about potential,” Jim Frederick, the managing editor of Time.com, said.

“If the stated reason for WikiLeaks to exist is to change the way bureaucracies and governments interact with the world or operate, that hasn’t really happened yet.”

Change, however, is what Facebook has produced. Instead of putting out a press release – Zuckerberg simply used his Facebook page to say thanks:

“Being named as TIME Person of the Year is a real honour and recognition of how our little team is building into something that hundreds of millions of people want to use to make the world more open and connected. I’m happy to be a part of that.”

Zuckerberg was a 19-year-old sophomore at Harvard University in 2004 when he started a Web service called Thefacebook.com from his dorm. Now he is one of the world’s youngest billionaires and his privately held company is projected to have 2010 revenues of $2 billion U.S. dollars, TIME said.

TIME defines the Person of the Year as the person who, for better or for worse, does the most to influence the events of the year.

The runners-up for 2010 included the conservative Tea Party movement at number two, Assange at number three, Hamid Karzai, the president of Afghanistan, at number four and the 33 Chilean miners at number five. 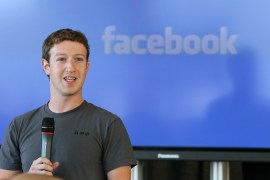 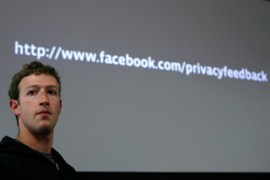 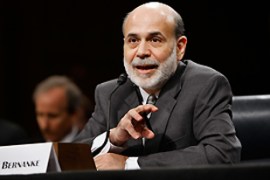 Bernanke named ‘Person of the Year’

Time magazine names the Federal Reserve Chairman as its 2009 Person of the Year. 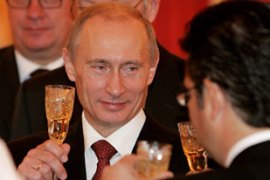 Putin named ‘Person of the Year’