All 22 people on board a passenger plane have been found dead after the aircraft crashed in eastern Nepal, the Rescue Co-ordination Committee at Kathmandu Airport has said.

The plane crashed in the foothills of the Himalayas after losing contact with flight controllers shortly after taking off from a mountainous airstrip in Lamidanda on Wednesday, heading for Kathmandu.

The Twin Otter aircraft, operated by Tara Air, an airline based in Nepal, had 19 passengers and three crew members on board.

The cause of the crash was not yet known.

Bhesh Bahadur Thapa, a police official stationed near the crash site, said the wreckage was scattered over an area of 300 meters radius on the sides of a mountain.

He said rescuers were collecting the bodies and preparing them to be sent back to Kathmandu.

An army rescue team reached the crash site after it was located in an aerial search.

Most of the passengers were initially said to be Nepalese, but later reports suggested they may be Bhutanese pilgrims who claimed to be locals to qualify for a cheaper air fare.

The airline has said one of those travelling on the flight was an American citizen, although the US embassy was not immediately able to confirm this.

Khotang, the district in eastern Nepal the plane took off from, is not a major tourist destination, but it is home to two sites of religious significance, a Hindu temple and a Buddhist monastery.

Air travel is popular in impoverished Nepal, which has only a very limited road network. Many communities, particularly in the mountains and hills, are accessible only on foot or by air.

Aviation accidents are relatively common, particularly during the summer monsoon, when visibility is usually at its worst.

Tara Air is a subsidiary of Yeti Airlines, a privately owned domestic airline founded in 1998 which runs a service to many far-flung destinations across Nepal.

Yeti’s last major accident was in 2008 when a passenger plane crashed on landing at Lukla airport, the gateway to Mount Everest, killing all 19 people on board, most of them German tourists. 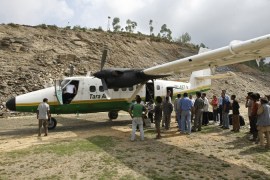 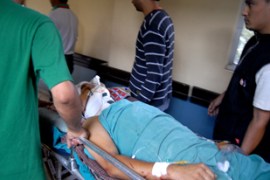 Several Germans among 18 people killed in aircraft accident at airport near Everest.