Malaysia’s ruling coalition has won a parliamentary vote to suspend Anwar Ibrahim, the opposition leader, from the legislature for six months.

Anwar had been accused of abusing “his right and privileges as an MP” after he criticised the government’s “One Malaysia” slogan for national unity.

The opposition leader said the slogan was inspired by “One Israel”, the name used for the political alliance of Ehud Barak, the former Israeli prime minister, ahead of the 1999 Knesset elections.

Anwar and dozens of other opposition legislators stormed out of parliament’s lower house during the vote on Thursday, following scenes of pandemonium and shouting. Some opposition members held posters denouncing the lower house as “a kangaroo court”, claiming Anwar was unfairly targeted.

The suspension was the government’s “way of mocking the people’s voice, preventing us from defending ourselves,” Anwar said after Thursday’s vote.

Three of his top allies were also suspended for leaking details about a parliamentary investigation into his remarks.

Anwar and his three colleagues will be barred from parliamentary debates and votes through June, but they can continue other political work, such as addressing rallies.

Muslim-majority Malaysia has no diplomatic relations with Israel and is a supporter of a Palestinian state.

Najib Razak, the Malaysian prime minister, has been trying to reach out to Chinese and Indian minorities under the “One Malaysia” initiative after they deserted the government in the 2008 national polls.

The suspension of the MPs eroded the opposition’s representation to less than one-third of the 222-member parliament. That could allow the ruling coalition to make changes to election constituency boundaries before the next national polls.

In an ongoing trial, Anwar is being tried on charges that he sodomised a male former aide in 2008. He faces a 20-year prison sentence if convicted of the accusation, which he says was fabricated as a repeat of a government conspiracy that saw him dismissed as deputy prime minister in 1998 and eventually convicted on charges of graft.

The government has denied the conspiracy allegations. 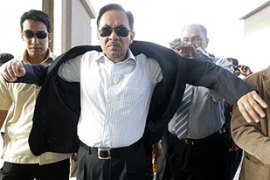 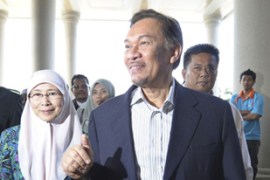 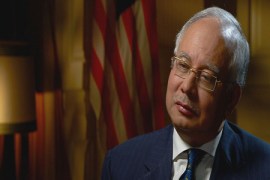 Can the Malaysian prime minister win back supporters with a bold new economic policy? 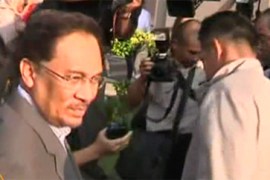 Malaysian opposition leader is facing trial for a second time accused of sodomising a male aide.