Tens of thousands of Hamas supporters have filled the streets of Gaza City in a mass rally to boost support for the Palestinian resistance group on its 23rd anniversary.

Cars and buildings were adorned in Hamas’s trademark green colours and flag-waving supporters clogged the streets to reach the rally on Tuesday, where Hamas leaders lauded the group’s history of fighting Israel.

“Hamas has not failed, Hamas has not collapsed,” Ismail Haniyeh, the group’s leader in Gaza, told the crowd. “Hamas did not fail to bring together government and resistance.”

Hamas has often been torn between its roots as a military group and a local government responsible for providing services to 1.5 million citizens.

While sticking to its hard-line rhetoric, Hamas has largely observed an informal truce since a bruising Israeli invasion two years ago, forgoing attacks that could spur Israel to strike back or tighten its blockade.

Any Israeli response could make life harder for Gazans, some 30 per cent of whom lack jobs. Many more rely on food aid.

In the weeks leading up to Tuesday’s rally, Hamas reached out to every Gaza family, aiming to prove that power has not made the former grassroots movement indifferent to ordinary people.

The turnout of the anniversary rally is closely watched every year, and Hamas worked hard to ensure an impressive crowd.

From the early morning, mosque loudspeakers blared calls to attend, and hundreds of buses and vans shuttled supporters from all over Gaza.

Tuesday’s rally took place at Gaza City’s Kateeba Square, where an enormous replica of Jerusalem’s Dome of the Rock mosque, with its famous golden dome, was erected.

Large pictures of Hamas leaders, including the group’s assassinated spiritual guide Ahmed Yassin, were displayed under a banner reading “I remain committed to the cause”.

Hamas’ message still resonates with many in this crowded and conservative Muslim society.

“I trust Hamas because they are the only people on earth who still say no to America and to Israel,” she said.

Hamas insists it is more popular than ever.

In a message distributed to media on Tuesday morning, Hamas said it remains committed to destroying Israel, bringing back Palestinian refugees and seizing control of Jerusalem’s holy sites.

“Anyone who gives up these rights is a traitor,” it said – an apparent dig at Hamas’s rival, Palestinian President Mahmoud Abbas, who favours a peace agreement with Israel.

Al Jazeera’s Nicole Johnston, reporting from Gaza, said that people she talked to there say Hamas is becoming deeply unpopular with many residents as the siege drags on.

“But Hamas denies it has lost popularity since taking over Gaza,” our correspondent said.

Hamas seized control of Gaza from forces loyal to Abbas in 2007, leaving his Western-backed Palestinian Authority governing only in the West Bank. Repeated efforts to reconcile the two Palestinian factions have since failed.

But support for Hamas is difficult to gauge because Gazans fear repercussions if they speak freely.

Other, smaller radical groups criticise it for limiting attacks on Israel.

One poll suggests support for the group has been slashed in half since its 2006 election victory.

“Hamas’s popularity has been declining while in power, mostly because of the living conditions under the blockade and mistakes … such as human rights violations and restrictions in freedom of speech,” Walid Ladadweh, a West Bank-based pollster, said.

Ladadweh’s Palestinian Centre for Policy and Survey Research measured a drop in Hamas’ popularity in Gaza from 31.7 per cent to 23.9 per cent from summer to fall of this year.

At the height of its popularity, after winning parliament elections in the West Bank and Gaza in 2006, Hamas had an approval rating of just over 50 per cent. 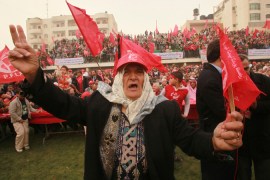 The international Palestinian solidarity movement has created a successful and morally uplifting form of resistance. 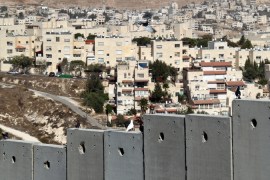 Foreign ministers from European Union say they will recognise a Palestinian state “when appropriate”. 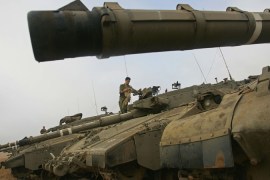