At least 11 workers, including eight intellectually disabled people, were sold to a building materials factory in the Chinese western region of Xinjiang to work without pay, according to Chinese state media reports.

The Global Times reported that a man named Zeng Lingquan in southwest Sichuan province had been arrested for allegedly selling these labourers to the Jiaersi Green Construction Material Chemical Factory.

A Chinese official said on Tuesday that authorities were on their way to rescue the group, news agencies reported, citing other state-run media outlets they did not name.

“We are going to rescue them and help them with their rights,” said the official, who would give only his surname Tang.

Authorities said that the workers were confined to the factory, living in shabby conditions and toiling for at least three years.

The state media reports cited authorities as saying that the workers were given no protective gear and were given the same food as the factory leader’s dogs.

However, the reports did not say if anyone from the factory had been arrested.

The factory claimed that Zeng had founded a beggars’ adoption agency in Qu county, although no such agency is registered there, according to reports.

No telephone number is listed for the factory and at the Tuokexun county government in Xinjiang, where the factory is based, telephones rang unanswered.

China has had previous cases of mentally ill people being abused as labourers.

In May 2009, police in the eastern province of Anhui arrested 10 men for allegedly enslaving more than 30 mentally handicapped people who were forced to work at brick kilns.

Hundreds of brick kiln slaves, many of them handicapped, were freed in raids in 2007 in northern China. 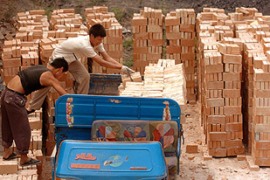 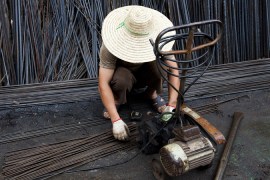 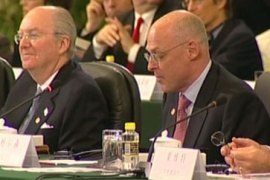 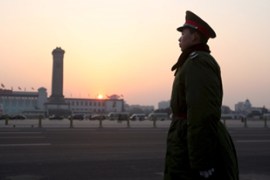