Venezuela’s parliament has given preliminary approval for President Hugo Chavez to rule South America’s top oil producer by decree for a year, prompting opposition accusations that the socialist leader is behaving like a dictator.

Chavez has ruled by decree three times before during his 11 years in power, and says he needs it again to deal with a national emergency caused by floods that have killed about 40 people and left almost 140,000 homeless.

Venezuela’s National Assembly supported the controversial proposal with a first vote on Tuesday.

A second and final vote on the “Enabling Law” was expected by Thursday. Once passed, it would allow Chavez to issue decrees across a wide range of areas including housing, land, finances and security.

Opponents fear he will use the powers to legislate in areas unrelated to the crisis sparked by rains.

They say Monday’s presidential announcement would effectively eliminate any chance for the opposition to influence national politics for the next few months.

The current parliament is almost entirely made up of allies because the opposition chose not to participate in legislative elections in 2005, making it a rubber-stamp assembly.

Chavez, who rejects criticism that this would undermine democracy, has used decree powers in the past to pass about 100 laws.

They include controversial measures to nationalise part of the oil sector and increase the number of supreme court judges.

Opposition parties had said that it would be illegitimate to extend the measure beyond January 5 when a new parliament, with a larger presence of Chavez opponents, is to convene.

Opponents fear that he will use them to step up his drive to entrench “21st-style socialism” in Venezuela.

Pastora Medina, an opposition politician, said: “This is madness, a lack of respect for the popular will and a coup d’etat against the constitution. He’s consolidating himself as a dictator.”

But Chavez, in an address carried live on TV, laughed at the opposition as “crazy” and “in need of Valium”.

Chavez, who wants to seek re-election in 2012, has generally beaten Venezuela’s opposition during his 11 years, winning all but one of about a dozen elections.

He accepted the results of a September vote that gave opponents about 40 per cent of seats in the 165-member National Assembly.

Opposition parties had feared he would simply bypass parliament rather than face a curb on power.

Minutes before his announcement, Chavez took state TV cameras on a walkabout in his presidential palace, interviewing homeless women sheltering there and showing children playing around an ornate fountain in a cobbled square.

The president, who is seen as Latin America’s leading opponent of Washington, has a strong power base among Venezuela’s poor whom he says were ignored by past right-wing governments.

They see him as a leader who has ushered in greater democracy through increased participation in politics and decision-making, with grass-roots councils and other organisations giving communities funding for public works.

Chavez announced plans to raise sales taxes using the decree powers, a move that will please holders of Venezuela debt who are keen to see signs of fiscal strength in the recession-hit oil exporter.

It is not clear what other laws Chavez will pass with the decree powers, but he could use them to find funds in a number of ways, including a widely rumored currency devaluation.

Other bills on the parliamentary agenda include an emergency housing law allowing the government to seize vacant properties in cities, new rules to regulate the internet and a law that will take some profits from banks. 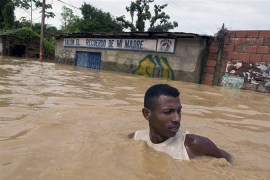 Panama is latest of countries in region to be hit by floods this week after Colombia and Venezuela. 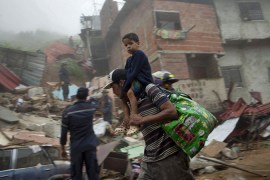 Floods and landslides kill at least 21 people and thousands of others flee their homes. 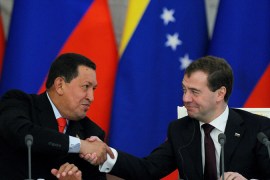 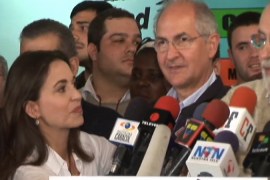 After sitting out the National Assembly for five years, the opposition gains enough seats to influence decision-makin