Julian Assange, the founder of the whistleblower website WikiLeaks, is still in custody in a British jail while his legal team prepares to fight his extradition to Sweden, where he is wanted for alleged sex crimes against two women.

Claes Borgstrom, the lawyer of the plaintiffs, said the high-profile case is pouring much unwanted attention on his clients.

Assange, an Australian who does not live in Sweden, denies the allegations and says they are part of a smear campaign.

Mark Stephens, Assange’s lawyer in the UK, has said that his client has repeatedly tried to meet with the Swedish prosecutor in the case without success. 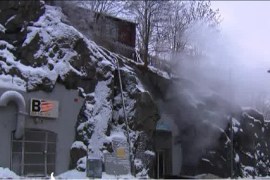 A nuclear-proof bunker, hidden inside a Stockholm mountain, is where Assange stores digital secrets.