Representatives of almost 200 nations have agreed on a plan aimed at combating climate change, including a target to limit global warming and a fund to help developing nations tackle the effects of the crisis.

However, the deal that was reached at the Climate Change Summit in Cancun, Mexico, on Saturday does not set binding targets on reducing the so-called greenhouse gases that cause climate change.

The draft simply aims to work out a “global goal for substantially reducing global emissions by 2050”.

A UN advisory panel had suggested placing levies of some kind on the fuel or emissions of airlines and shipping companies, but such a proposal was dropped during the negotiations.

Many of the accords from Cancun simply firm up non-binding deals from the Copenhagen summit last year, which were endorsed by only 140 nations.

The fund will be steered by a board of 24 members chosen evenly from developed and developing nations.

For the first three years, the international organisation would be overseen by the World Bank.

“This sets the framework for developing countries also to take on their obligations,” Barry Coates, New Zealand executive director of Oxfam, told Al Jazeera at the end of two weeks of talks that were overshadowed by disputes between rich and poor countries.

“Filling up this fund of $100bn is an urgent task. We need that funding, not only for developing countries to reduce their emissions, but because there are millions of people around the world right now suffering the effects of climate change.”

The Cancun deal also agreed on ways to fight deforestation and on monitoring nations’ climate pledges.

Christiana Figueres, the head of the UN climate change secretariat, hailed the agreement as “historic”.

“It’s the first time that countries have agreed to such a broad set of instruments and tools that are going to help developing countries in particular,” she said.

Patricia Espinosa, Mexico’s foreign minister, told the delegates at the end of the summit that “this is a new era of international co-operation on climate change”.

The Cancun accord was passed by the delegates despite opposition from Bolivia’s representative, who said that the accord required too little from developed nations.

“We won’t sign a document that means an increase in the rise in temperatures when we already have 300,000 people dying every year,” Pablo Solon, Bolivia’s chief negotiator, said.

“Bolivia has clearly stated that it does not agree with this document and there is no consensus.”

The deal was reached after delegates simply put off until next year differences between developed and emerging economies over the future of the Kyoto Protocol.

Kyoto, which obliges almost 40 developed nations to cut their emissions of greenhouses gases that cause global warming, runs out in 2012.

Japan and Russia fought off pressure to commit to a second phase of emissions reductions under Kyoto.

The Japanese complained that – with the rise of China, India, Brazil and others – the 37 Kyoto-bound industrialized nations now account for only 27 per cent of global greenhouse emissions.

They want a new, legally binding pact obligating the US, China and other major emitters to cut greenhouse gases.

Al Jazeera’s Lucia Newman, reporting from the site of the conference in Cancun, said that most nations other than Bolivia considered that the summit had been a success.

“Fifteen hours ago it looked like this climate conference was going to be a disaster, that nothing would be approved,” she said.

“This keeps the process of climate change negotiations under the auspices of the United Nations going, it doesn’t allow them to collapse.

“But what it has actually done is defer a lot of the hard decisions until climate conference next year in Durban, South Africa.” 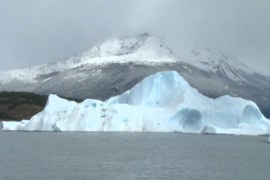 Upsala Glacier, a major body of ice, is melting at an alarming rate due to global warming. 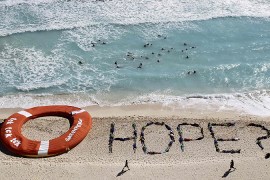