The US president has urged the senate to try again before the end of the year to repeal the military’s ban on openly gay service members.

Barack Obama made the appeal on Thursday, shortly after senate Republicans voted to block an effort to end the so-called “don’t ask, don’t tell” policy.

The president expressed disappointment with the vote, but said in a statement that “it must not be the end of our efforts”.

“I have pledged to repeal this discriminatory law,” Obama said.

“This law weakens our national security, diminishes our military readiness, and violates fundamental American principles of fairness, integrity and equality.”

On a 57-40 vote, Democrats fell short of the needed 60 votes to clear a Republican procedural hurdle and move to end the 17-year-old policy.

Just one senate Democrat, Joe Manchin, voted to sustain the procedural roadblock while one Republican, Susan Collins, voted to end it.

Collins and Joe Lieberman, an independent senator, said afterward they intend to offer a new bill to end the policy and push for its passage once a stalemate over taxes is resolved.

“We’re not going to give up. We’ve got the votes to change this unjust policy,” Lieberman said, adding that at least three more senate Republicans may vote with them.

At least 13,000 men and women have been expelled from the military under “don’t ask, don’t tell,” which allows gay people to serve in the armed forces as long as they keep their sexual orientation secret.

It was passed by congress and implemented in 1993 under Democratic president, Bill Clinton.

Robert Gates, the US defence secretary, who asked “If not now, when?” in his testimony, and Admiral Mike Mullen, chairman of the military’s joint chiefs of staff, support the repeal. But there is uneven support in the military.

Senate Republicans recently vowed to block any bill – other than ones to fund the government – until expiring tax cuts are extended for millions of Americans.

The senate has little time left to vote again before the Christmas holidays. Next year, when a new senate convenes, the Democratic majority will be narrower and repealing the ban will likely face more opposition.

US ban on openly gay troops to stay 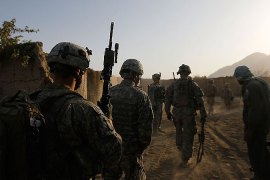 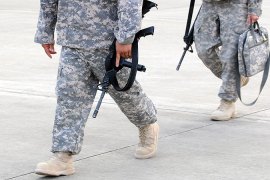 US military to accept gay recruits

Pentagon says it will process applications from openly gay recruits for the first time in the country’s history. 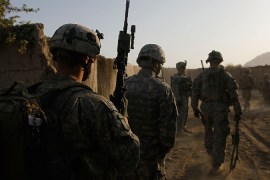