Myanmar may be building missile and nuclear sites in remote locations with support from North Korea, according to secret US diplomatic cables released by the whistleblowing website Wikileaks.

A cable from the US embassy in the former capital Yangon, which was among those released on Thursday, quoted an officer who said he had witnessed North Korean technicians helping to construct an underground bunker in a remote jungle.

The reports, which stretch over the past six years, also suggest dockworkers and foreign businessmen have seen evidence of alleged sites.

The leaked memos appear to support claims made by the Norway-based Democratic Voice of Burma (DVB), an opposition broadcaster, that Myanmar was trying to develop nuclear weapons, citing a senior army defector and years of “top secret material”.

A DVB documentary, aired by Al Jazeera in June, gathered thousands of photos and defector testimony, some regarding a network of secret underground bunkers and tunnels, which were allegedly built with the help of North Korean expertise.

A US cable dating from August 2004 spoke of an officer in an engineering unit who said surface-to-air missiles were being built at a site in a town called Minbu in west-central Myanmar.

“The North Koreans, aided by Burmese workers, are constructing a concrete-reinforced underground facility that is ‘500ft from the top of the cave to the top of the hill above’,” reads the cable.

According to another cable from 2009, a well-placed source in the Myanmar government said General Thura Shwe Mann had visited North Korea in 2008. The source later insisted that he was only there for exploratory talks.

Hillary Clinton, the US secretary of state warned in July 2009 about possible nuclear links between Myanmar and North Korea, and earlier this year she said a ship from Pyongyang had delivered military equipment to Myanmar.

The military government, however, has dismissed reports of its nuclear intentions and brushed aside international concerns about possible co-operation with North Korea.

More leaked US diplomatic cables suggested that the possibilty that relations between China and Myanmar may be strained, with Beijing reportedly fed up with the “foot-dragging” of the ruling generals  on political reform.

It also questioned whether the military government was able to still protect its interests in the country.

China is a key supplier of arms to its southern neighbour and a buyer of its natural resources. It has also been the governent’s main ally on the international stage.

“The Chinese clearly are fed up with the foot-dragging by the Than Shwe regime,” Shari Villarosa, the senior US diplomat in Yangon, wrote in a January 2008 memo summarising a meeting with the Chinese ambassador at the time.

“The Chinese can no longer rely on the generals to protect their interests here, and recognise the need to broker some solution that keeps the peace,” she wrote, following mass street rallies in 2007 that ended in bloody violence.

“The Chinese ambassador no longer tried to defend the regime, and acknowledged that the generals had made a bad situation worse,” she said.

Another cable from January 2008 from the US embassy in Beijing quoted a Chinese foreign ministry official as saying China wanted to see the junta take “bold measures” to improve the livelihood of Myanmar’s people.

The 65-year-old opposition leader and Nobel peace laureate, who spent 15 of the last 21 years under house arrest, was released last month, days after a rare election that was widely panned by foreign observers as a sham. 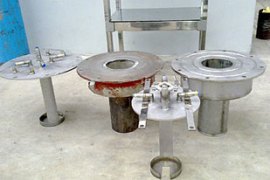 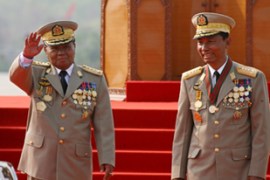