Britain faced threats from Libya that it would cut all ties with the country if the ailing Lockerbie bomber died in prison in Scotland, confidential US cables released by WikiLeaks show.

Libyan officials warned their British counterparts that “consequences for the UK-Libya bilateral relationship would be dire were [Abdelbaset] al-Megrahi to die in Scottish prison,” read one dispatch from the US ambassador to Tripoli in January 2009.

Threats included the cessation of all British commercial activity in Libya and demonstrations against British facilities, as well as suggestions Britons in the country could be put at risk, according to the cables released on Tuesday.

It went on to say that if Washington publicly opposed the release, “the US Embassy and private Americans in Libya could face similar consequences”.

And despite London’s attempts to publicly distance itself from the decision to release al-Megrahi, which was made by the devolved Scottish government, the cables showed the British ambassador in Tripoli “expressed relief” about al-Megrahi’s imminent release.

“They could have cut us off at the knees, just like the Swiss,” the ambassador, Vincent Fean, is cited as saying, in reference to a dispute between Libya and Switzerland prompted by the arrest of the Libyan leader’s son.

Al-Megrahi was the only person ever convicted over the 1988 bombing of a Pan Am jumbo jet over Lockerbie, Scotland, which killed 270 people, most of them US nationals.

He was released in August, 2009, on compassionate grounds after doctors diagnosed him with prostate cancer and gave him just three months to live, sparking outrage in the US.

One cable showed Britain’s then justice minister, Jack Straw, told US diplomats that although al-Megrahi might have up to five years to live, the Scottish government appeared inclined to release him.

“The average life expectancy of someone of his age with his condition is 18 months to two years. Doctors are not sure where he is on the time scale,” the correspondence, cited in Britain’s Guardian newspaper, said.

The British government “believes that the Scottish may be inclined to grant the request, when it comes, based on conversations between [Scottish leader] Alex Salmond and UK justice secretary Jack Straw,” said the cable.

The correspondence also showed that Scotland was unprepared for the fierce reaction from the US, with Salmond declaring himself “shocked”.

“The Scottish Government severely underestimated the both [US government] and UK public reaction to its decision to grant compassionate release,” said one cable from Louis Susman, US ambassador to Britain, several days after al-Megrahi was freed.

More than a year later, al-Megrahi remains alive in Tripoli.

US officials also accused the Gulf state of Qatar of trying to bribe the Scottish government with large financial or trade incentives in return of the release of al-Megrahi.

According to one cable, al-Megrahi had sent a personal letter to Hamad bin Khalifa Al Thani, the Emir of Qatar, pleading for humanitarian intervention.

Khalid al-Attiyah, a Qatari minister, said that Qatar became involved only because the country, as 2009 president of the Arab League, had been asked by the Arab League to do so.

“The ambassador raised strong US government concerns about Qatar’s role in the release,” one of the cables said.

“[The US] Ambassador pressed the issue of whether Qatar had offered any financial or trade incentives to induce al-Megrahi’s release. Al-Attiyah strongly dismissed such speculation, saying: ‘That is ridiculous.

“It was not necessary to offer money. It was all done within Scottish law. We offered no money, investment, or payment of any kind,” the cable said. 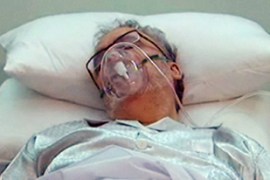 Libya urged not to celebrate the anniversary of Lockerbie bombing convict’s release.

Focus on Tripoli amid anniversary of Lockerbie bombing convict’s release. 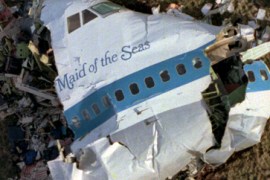 What are the implications of BP’s alleged role in al-Megrahi’s controversial release?

US calls Megrahi release a mistake

Release of Lockerbie convict last year should not have happened, Clinton says.