He also appointed a new prime minister on Tuesday, a move which comes as Ecowas – a regional body representing 15 West African countries – becomes the latest organisation to back Alassane Ouattara, the opposition leader, as the winner of the country’s disputed presidential election.

Ecowas [Economic Community of West African States] had also suspended Cote d’Ivoire as Gbagbo continues to ignore calls and pressure to step down following the polls the UN also said he lost.

Gbagbo’s swearing-in on Sunday was quickly followed by that of Ouattara, setting the stage for both men to lay claim to the highest office in the world’s leading cocoa grower and fuelling fears of renewed civil war.

The crisis has also worried Cote d’Ivoire’s donors, with the World Bank and the African Development Bank saying that they would reassess aid to the country “given the breakdown in governance”.

The November 28 election was meant to reunite the country after a 2002-03 civil war, but the poll ended in crisis when the Constitutional Council, run by a staunch ally of Gbagbo, scrapped hundreds of thousands of votes from Ouattara strongholds.

Thabo Mbeki, the former South African president, who has been serving as an international mediator in Cote d’Ivoire, has been shuttling between the two presidential rivals in an attempt to broker a deal to end the crisis.

After a meeting with Gbagbo on Monday Mbeki appealed for calm until the situation could be resolved. He then ended his mediation mission after failing to reach a settlement between Ouattara and Gbagbo.

State television meanwhile, has been broadcasting continuous footage showing Gbagbo’s inauguration ceremony last week, and many people in the capital are reportedly not even aware that most of the world, as well as the country’s electoral commission, believes Ouattara to be the poll’s legal winner.

According to UN officials, hundreds of residents have fled the country, and the UN itself has begun evacuating some of its staff.

The European Union has also weighed in on the standoff,  threatened on Monday to slap targeted sanctions against individuals in Cote d’Ivoire if the country fails to quickly resolve the political crisis.

Catherine Ashton, EU foreign policy chief, stressed that UN resolutions provide for sanctions “against those who obstruct the peaceful transition and the election,” said a European Commission spokeswoman. 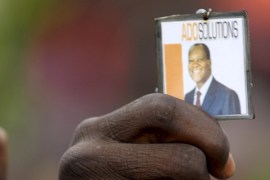 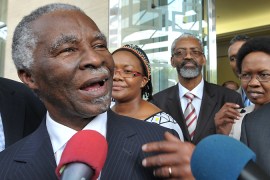 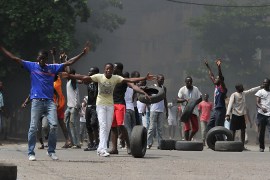