Barack Obama, the US president, has announced a compromise deal with the Republicans to extend all Bush-era tax cuts for two years.

Monday’s “framework” agreement would renew tax cuts not just for the middle class as Obama and fellow Democrats had sought, but also for wealthier Americans, as Republicans wanted.

The tentative plan is expected to draw resistance from some liberal Democrats, who have expressed disappointment that the president was bending to Republican demands, while not gaining enough in return. Obama might need Republican help to pass the package if enough of his fellow Democrats revolt.

The tentative tax deal, expected to extend breaks on dividends and capital gains as well, also calls for a 2 per cent employee payroll tax cut and a 13-month extension of unemployment benefits, which could placate some Democrats.

But Obama conceded to Republican demands on the estate tax, by proposing a 35 per cent tax with a $5 million individual exemption level, which he admitted was more generous than he felt was “wise or warranted.”

“We cannot play politics at a time when the American people are looking for us to solve problems,” Obama told reporters. “I am confident ultimately that Congress is going to do the right thing.”

Obama said he made concessions because of the urgent need to reach a deal before Congress adjourns this month to avoid having the middle class face higher taxes when all of the Bush-era cuts expire on December 31.

“I have no doubt that everyone will find something in this compromise that they don’t like.

“In fact, there are things in here that I don’t like, namely the extension of the tax cuts for the wealthiest Americans and the wealthiest estates. But these tax cuts will expire in two years,” Obama said.

Extending all the tax cuts for two years would cost $501 bn, according to the congressional budget officen [CBO], at a time when Obama is under pressure to cut the $1.3 trillion budget deficit.

The CBO also says renewing the rates will boost the economy in the short term but be harmful in the long term.

The tax bill is likely to meet some resistance from Democrats in Congress, but analysts reckon it faces a good chance of ultimately being approved.

Most Democrats want to extend the lower tax rates for individual income up to $200,000 dollars only, while Republicans have pushed for also keeping the tax cuts for people who earn far higher incomes.

“We support extending tax cuts in full to 98 per cent of American taxpayers, as the president initially proposed. He should not back down. Nor should we,” Welch said in a letter to Democratic House Speaker Nancy Pelosi.

Liberal supporters accuse Obama of being too willing to compromise in the tax battle in a bid to find common ground with Republicans, who have been emboldened by big gains in the November 2 congressional elections. 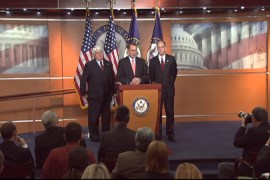 Republicans demand that tax cuts for working and middle classes be extended to the rich. 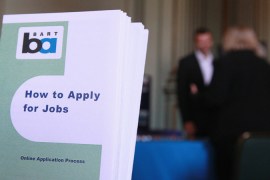