Al Jazeera aired this report about Monteilh in 2009

The counter-terrorism practices of the FBI have once more been placed under the spotlight, as a former informant seeks legal action against the bureau, the Washington Post reported.

A story first reported by Al Jazeera 16 months ago; the FBI informant attempted to infiltrate an Islamic community centre located in Irvine, California. Scaring Muslim worshippers to such an extent – with his talk of violent jihad – that they proceeded to take out a restraining order against him.

However, the FBI claims its use of such informants has prevented a host of further attacks since the events of September 11, 2001.

The latest case follows revelations that a man who tried to bomb a Christmas event in Portland, Oregon, did so not only whilst under FBI surveillance, but had been provided with fake explosives by its undercover agents.

Making matters worse for the agency, Craig Monteilh, the convicted fraudster whom the FBI sent into the mosque to spy on its members, has gone public in suing the investigative agency.

Yet its officials have said that they do not target Muslims – an argument that has long been taken with a dose of scepticism by Muslim communities across the length and breadth of the United States.

The two cases are reviving criticisms over the government agency’s apparent surveillance of Muslims in the US.

Southern Californian Muslim community leaders have expressed outrage over the FBI’s methods, saying it undermines any efforts to build trust.

“The community feels betrayed,” Shakeel Syed, the executive director of the Islamic Shura Council of Southern California, told the Post.

“They got a guy, a bona fide criminal, and obviously trained him and sent him to infiltrate mosques,” Syed was quoted as saying. “And when things went sour, they ditched him and he got mad. It’s like a soap opera, for God’s sake.” 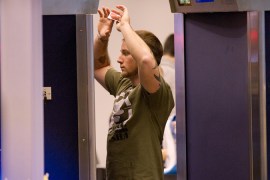 Complacency over airport scanners is further proof Americans are allowing their rights to be taken from them. 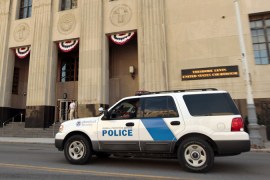 Mosque ‘arson’ after US bomb sting 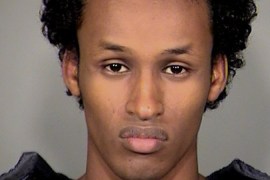 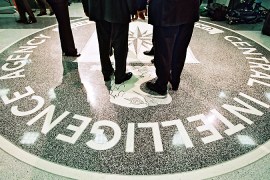 An overview of some of the most infamous and fatal intelligence lapses involving the CIA and FBI in recent years.