US diplomats were concerned about the competence of Hamid Karzai, the Afghan president, and widespread corruption within his government, according to cables released by WikiLeaks.

Karzai’s character as well as ability are questioned in US embassy memos obtained by the whistleblower website and published by the Guardian, a UK newspaper, late on Thursday.

Karl Eikenberry, the current US ambassador to Afghanistan, in a 2009 cable describes Karzai as “insecure” and a “paranoid and weak individual”.

“Indeed his inability to grasp the most rudimentary principles of state-building and his deep seated insecurity as a leader combine to make any admission of fault unlikely, in turn confounding our best efforts to find in Karzai a responsible partner,” Eikenberry said.

Eikenberry added that Karzai continually blames the US and its allies for Afghanistan’s problems rather than looking at the problems of his leadership, and that his attitude was unlikely to change.

The cables state that Karzai’s own ministers accused him of going along with criminal activity. One case cites Karzai’s ordering of the physical intimidation of the official heading a team negotiating with the Taliban.

US officials in the memos view Ahmed Wali Karzai, the half-brother of the president and senior official in Kandahar, as corrupt and call the Karzai family a “semi-modern aristocracy”.

“Much of the real business of running Kandahar takes place out of public sight, where AWK operates, parallel to formal government structures, through a network of political clans that use state institutions to protect and enable licit and illicit enterprises.”

“The cables show a progression of when Karzai has been in power – from total confidence in him to now when they are deeply concerned.”

The leaked cables reveal mounting US worries over corruption in Afghanistan and the flight of “vast amounts” of money from the country.

One memo from October 2009 stated that Ahmed Zia Massoud, the then vice-president, had been found with $52m in a suitcase when stopped at Dubai airport.

US diplomats also criticised the role of UK troops in Afghanistan, saying their effort was “not up to standard” in southern Helmand province, a stronghold of the Taliban.

“British forces did an excellent job in Sangin, delivering progress by increasing security and taking the fight to the insurgency,” the UK’s ministry of defence said in a statement.

“Both Afghan leaders, including the governor of Sangin and the US Marines, have publicly recognised and paid tribute to the sacrifice and achievements of British forces in that area,” a spokesman added.

The WikiLeaks website began releasing a trove of classified US diplomatic cables on Sunday, infuriating Washington, which called the leak an “attack on the international community”. 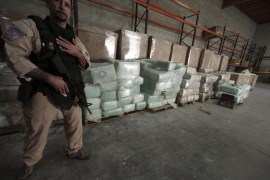 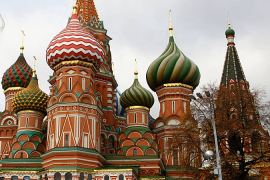 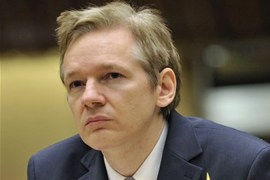 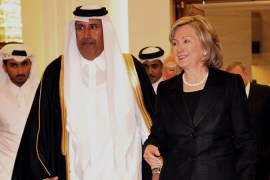