One of the hot potatoes in the WikiLeaks release of diplomatic cables has been the revelation that the US state department ordered its staff to illegally obtain DNA from UN diplomats.

One cable apparently instructs diplomatic staff to attempt to hack into people’s accounts at the UN.

But PJ Crowley, the state department spokesman, told Al Jazeera that the day-to-day activities of the US diplomats at the UN “were fully consistent with our values and our laws”.

According to documents released by WikiLeaks, diplomats were directed to gather a range of information about the UN and its staff, including credit card details and frequent-flier numbers of senior international figures, for the US government’s human intelligence programme.

“The intelligence community relies on state reporting officers for much of the biographical information collected worldwide,” a cable said. “Informal biographic reporting via email and other means is vital to the community’s collection efforts.” 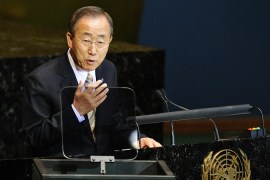 Cables: US diplomats ‘spied’ on UN

Leaked diplomatic files reveal details of secret programme of intelligence gathering by US diplomats around the world. 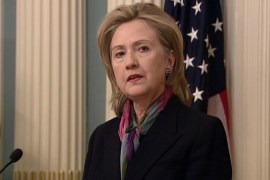 In her first public response, Hillary Clinton argued strongly that no matter how sensitive the information from diploma