A US army medic has been sentenced to nine months in prison after pleading guilty to shooting at unarmed Afghan farmers and agreeing to testify against other soldiers accused of terrorising civilians.

“It’s the right thing to do and I’m going to do it,” said Robert Stevens on Wednesday at Joint Base Lewis-McChord near Tacoma, Washington, when asked by the presiding officer why he pleaded guilty to charges.

He will serve his nine months at a detention facility – without pay – and will be demoted to E-1 private, the lowest rank in the army. Stevens will be allowed to stay in the military.

Stevens, 25, admitted opening fire on two Afghan men for no apparent reason, saying he and other soldiers were acting on orders from a squad leader during a patrol in March in Kandahar.

Five of the 12 soldiers named in the case are accused of premeditated murder in the most serious prosecution of alleged atrocities by US military personnel since the war began in late 2001.

At least two of the five are alleged to have collected severed fingers and other human remains as war trophies in Afghanistan and taking photos with corpses.

The three other charges against Stevens were wrongfully tossing a grenade out of his vehicle during a convoy last spring, making false statements to military investigators and dereliction of duty.

The charge of aggravated assault with a dangerous weapon was the most serious of four offences to which Stevens, an Army veteran of 7-1/2 years, pleaded guilty

On Monday, A US army general ordered a court-martial for another one of the 12 infantrymen accused of terrorising civilians and fellow soldiers as part of a rogue platoon in Afghanistan earlier this year.

David Bram faces charges ranging from conspiracy to commit assault and battery to dereliction of duty and trying to obstruct an investigation that started out as a probe into drug use among the troops.

He is among the seven soldiers accused of lesser charges, including trying to block the investigation, using hashish and severely beating a comrade who blew the whistle.

A court-martial was ordered last month for Jeremy Morlock, the first to be charged in the case and one of five men accused of killing unarmed Afghan villagers.

Under oath in September, Morlock, 22 described another soldier in his unit, Calvin Gibbs, of having “a pure hatred of all Afghanis” and that Gibbs referred to Afghans as “savages”.

Meanwhile, another of the five soldiers facing the more serious charges of killing Afghans for sport and taking grisly trophies from the victims has won a temporary reprieve from murder charge legal action, his lawyer said Saturday.

Army prosecutors allege that Andrew Holmes participated in a plot to execute an Afghan man in January.

The plan, supposedly concocted by ringleader Gibbs and Morlock, involved shooting a civilian and tossing a Russian-made grenade at the man to make it appear he was an enemy combatant.

Holmes’ attorney Dan Conway has slammed the probe into his client’s role in the killing, claiming among other things that the army’s refusal to release photos of the Afghan man’s body impeded Holmes’ right to a fair and open trial.

According to various news reports, the photo show naked bodies of dead Afghans and, allegedly, soldiers posing with the bodies. The military worries that releasing the images could incite an anti-American backlash.

The case began as an investigation into hashish use by members of what was then known as the 5th Stryker Brigade but grew into a probe of what prosecutors have described as a rogue infantry unit. 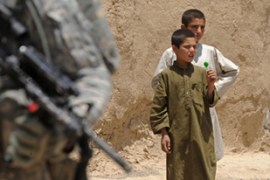 US troops charged in Afghan deaths 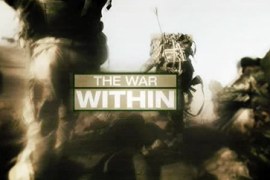 A look at the increasing number of US soldiers struggling with the trauma of war.