Climate negotiators at UN talks in Mexico have struggled over proposals that would abolish a two-decade divide between rich and poor on scrutiny of greenhouse gas emissions.

Developed countries on Tuesday said fast-growing emerging economies led by China, which has become the top carbon emitter, have to do far more to curb their emissions.

Many poor nations oppose changing a 1992 UN convention that obliges the rich to lead.

“I can guarantee you that this will be a controversial issue,” Artur Runge-Metzger, a senior European Union negotiator, said at the two-week-long talks in the Caribbean resort Cancun.

“For China, there need to be much tighter rules for measurement, reporting and verification compared to a small poor country,” he added, saying that EU funding detailed on Tuesday would help pay for the poorest countries to report their emissions.

Pablo Solon, Bolivia’s delegate, told Al Jazeera he was “deeply worried” by the reluctance of rich nations to extend the Kyoto Protocol and accused them of rolling back on past commitments.

“Several developed countries have said they will not accept a second term of commitments from the Kyoto Protocol.

After an opening day largely dominated by ceremony, almost 200 countries showed little sign of compromise on past demands that have brought deadlock since last year’s Copenhagen summit fell short of a binding UN climate treaty.

Most countries agreed on a formula at last year’s summit, under which industrialised countries would cut their emissions and emerging economies slow growth in greenhouse gases.

Cancun will seek agreement on a smaller package of measures including a “green fund” to channel aid to the poor or efforts to protect tropical forests that soak up carbon as they grow.

A main point of controversy in Cancun is how far rich and poor countries report their pledges and whether these should be subject to international scrutiny.

India is proposing that all major economies, developed and developing, would report their emissions, while the rich would also detail climate aid.

That marks a big concession by a major emerging economy and would dilute differences between rich and poor: under the 1992 climate convention only about 40 developed countries have to report their emissions annually. 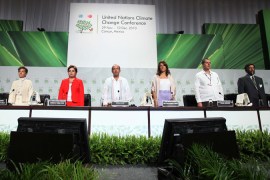 Mexico’s president urges nations to look beyond their nations’ border and consider all humanity at climate summit. 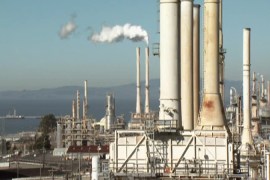 Cancun climate summit seeks to map out a global vision on dealing with climate change. 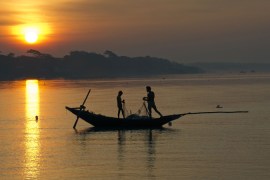 In search of climate justice

Thousands of Bangladeshi fishermen have died as a result of weather conditions many attribute to climate change. 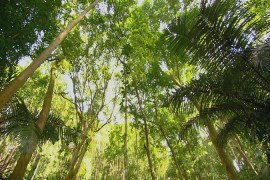 101 East asks if carbon trading can slow down global warming.