Lebanon has told the United Nations that it is investigating an attack last week on UN officials involved in the inquiry into the killing of Rafiq al-Hariri, Lebanon’s assassinated ex-prime minister.

Diplomats said Lebanon had made the undertaking at a closed session of the UN’s 15-member Security Council on Friday.

Nawaf Salam, the Lebanese ambassador, later told journalists that at the meeting “it was my pleasure to inform the Security Council that the judicial authorities in Lebanon have initiated an investigation into the incident”.

The so-called attack occurred on October 27, when two officials from the UN-backed tribunal team were forced to leave a doctor’s clinic in southern Beirut, a stronghold of Hezbollah, by a crowd of women.

The two men had made an appointment to review files at the clinic.

The incident came amid rising tensions over the tribunal, which was set up in 2007 to investigate the 2005 assassination of al-Hariri.

Unconfirmed reports say that charges are likely to be made against members of the Hezbollah.

Sayyed Hassan Nasrallah, the Hezbollah leader, has said investigators from the Netherlands-based body are passing information to Israel and has called on Saad al-Hariri, the Lebanese prime minister and Rafiq’s son, to repudiate the tribunal

The Syrian- and Iranian-backed Hezbollah is represented in the Lebanese government and there are fears that indictments by the tribunal – a development expected early next year – could spark fresh turmoil in Lebanon.

The French foreign ministry had said Kouchner would urge “restraint” and reaffirm Paris’s support for the government. 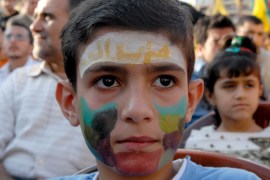 The controlled test blast is part of the investigation into the 2005 assassination of ex-Lebanese PM Rafiq al-Hariri. 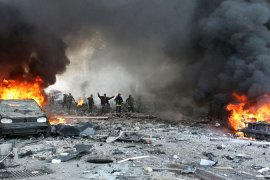