Three attacks by US drones have killed at least 12 suspected fighters in northwestern Pakistan, officials have said.

In the first attack, an unmanned aircraft fired two missiles at a vehicle in the Qutab Khel area of Miran Shah, the main town in North Waziristan, killing five fighters from Uzbekistan, the officials said on Wednesday.

Another security official said the vehicle had been loaded with arms and ammunition.

“It detonated in the attack and the vehicle caught fire – nobody can go near the vehicle,” he said.

In the second attack, missiles allegedly struck a house and a vehicle in Khaso Khel village, near Mir Ali, killing four other suspected fighters.

The two officials, who spoke on condition of anonymity because they were not authorised to speak to the media, said their agents were still trying to get more details.

There were at least 20 such US missile attacks the country’s northwestern region in October.

North Waziristan, on the border with Afghanistan, is too dangerous for outsiders to visit and independently confirm the attacks.

Fighters based in the region are blamed for attacking US forces in Afghanistan.

Pakistan has previously publicly denounced the drone attacks and urged Washington to transfer technology to Islamabad so that its military could launch any such attacks on its own. 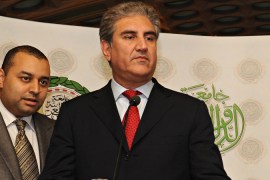 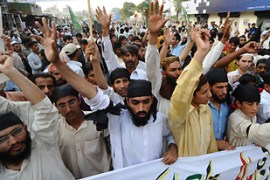 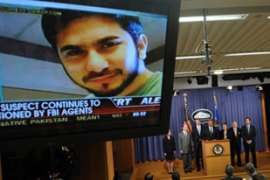