Nouri al-Maliki, Iraq’s prime minister, is understood to have ordered an investigation into the security breaches which preceded a series of deadly bombings in Baghdad, the capital, on Tuesday.

Al-Maliki spent part of Wednesday visiting victims of the attacks, which struck mainly Shia districts of the capital, leaving at least 64 people dead. 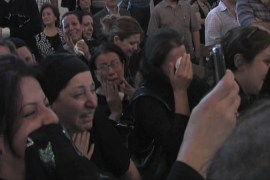